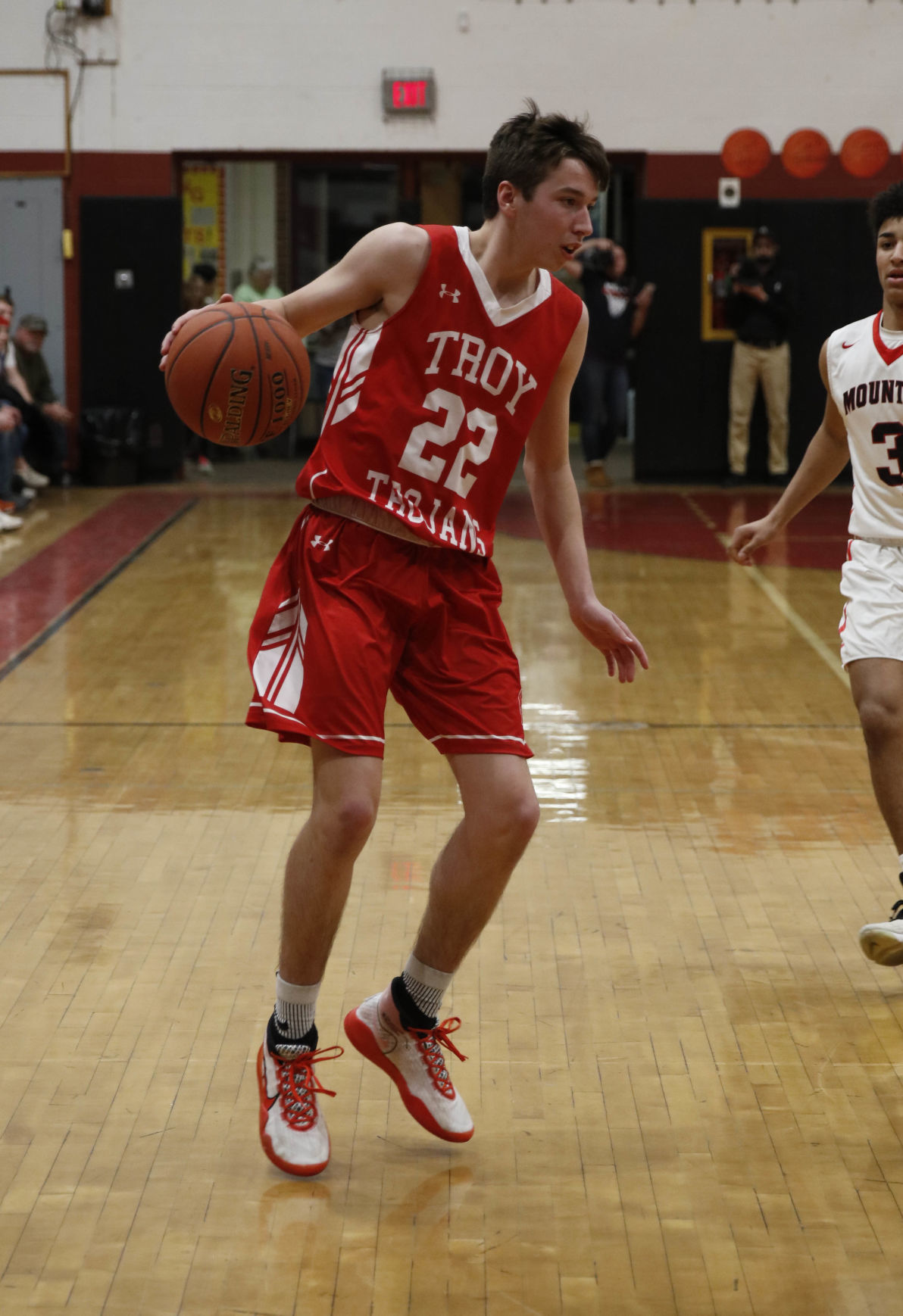 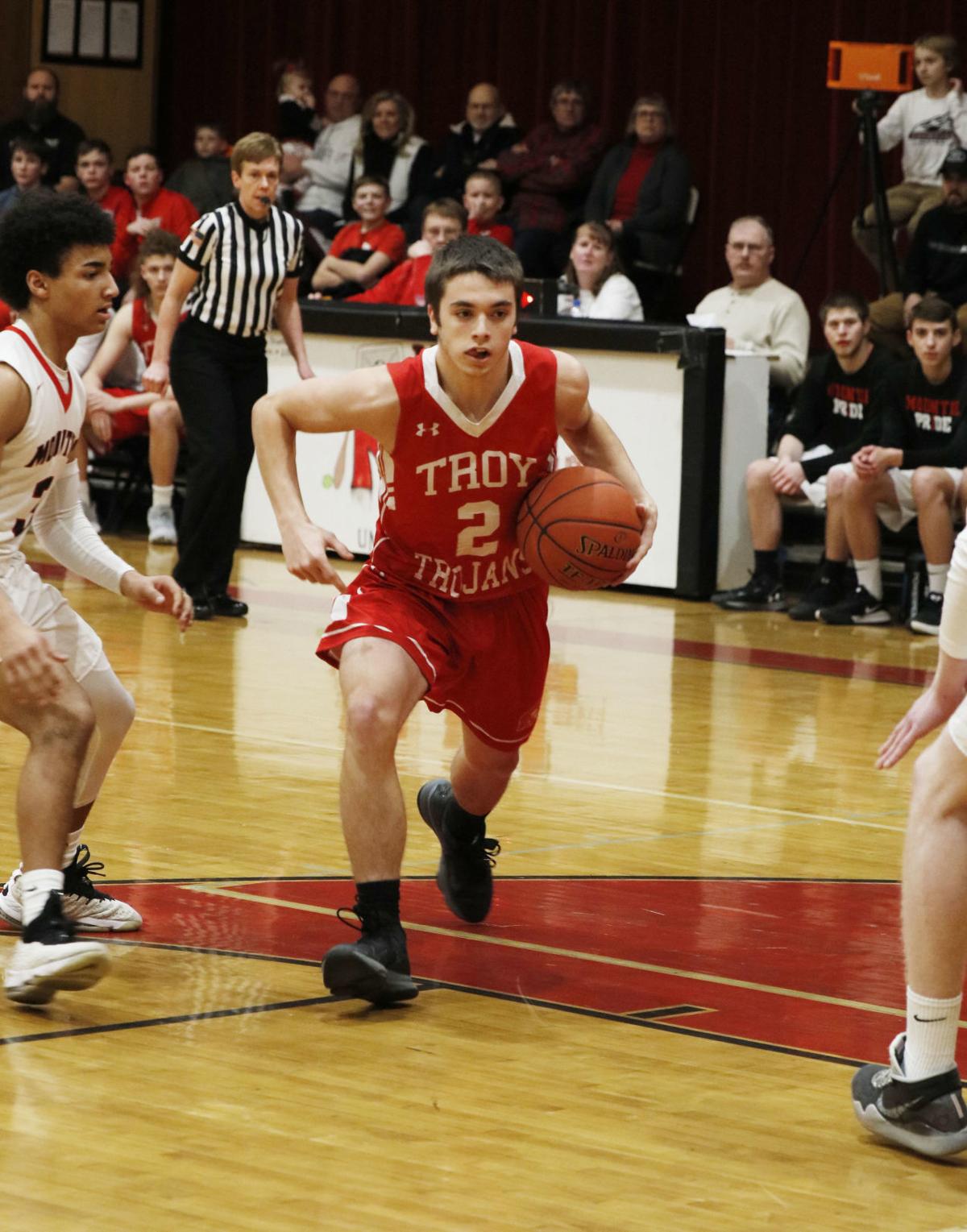 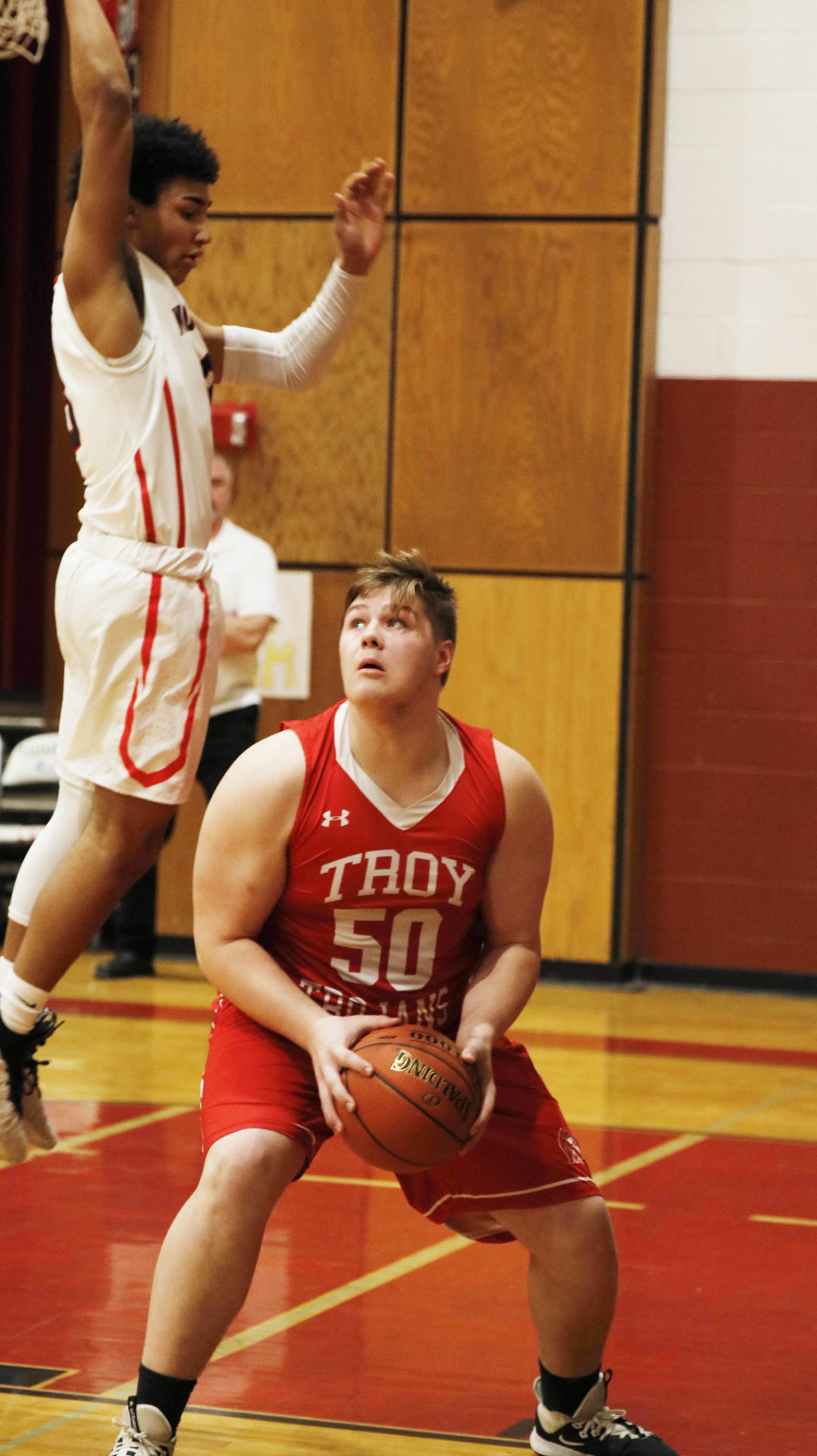 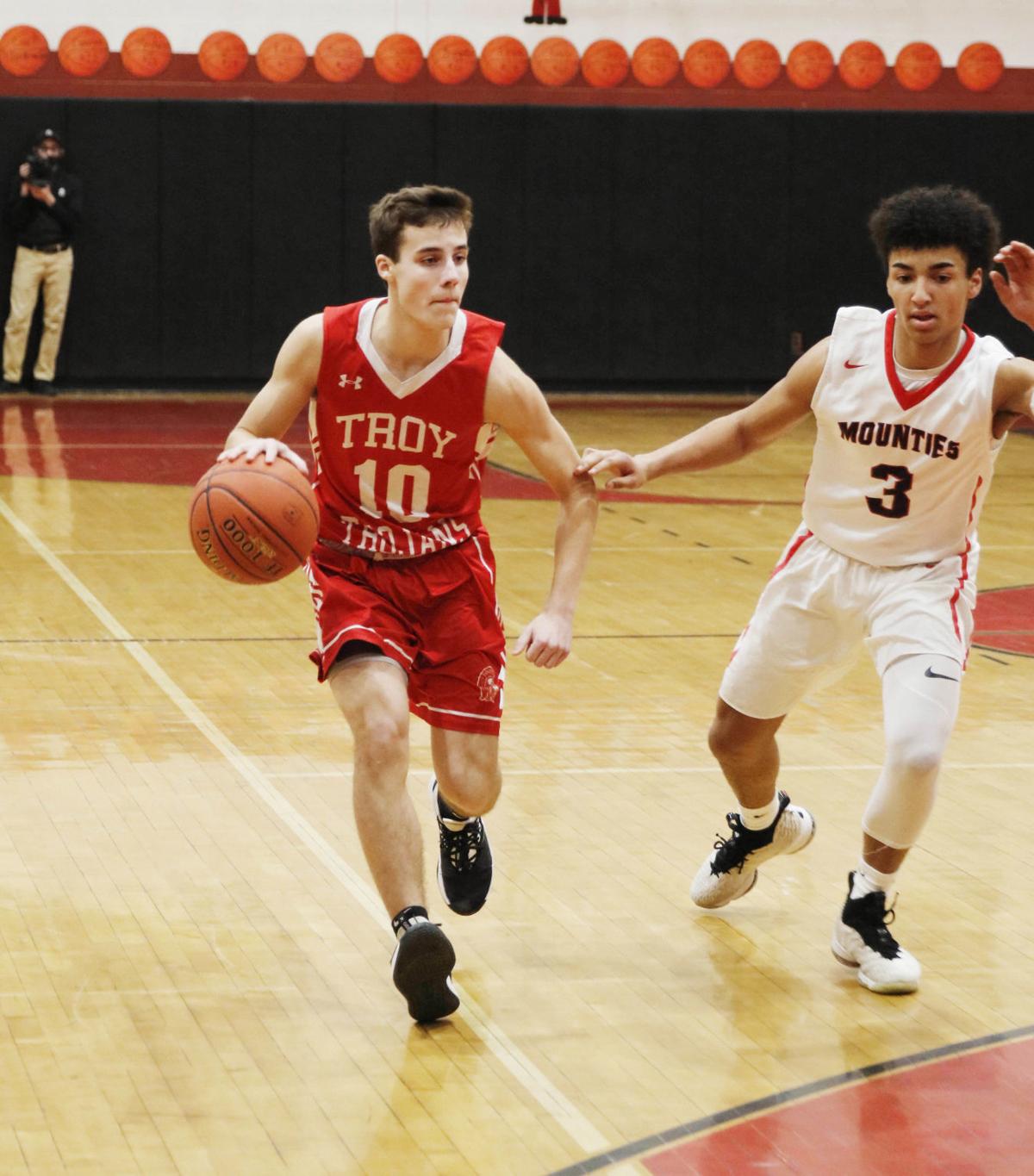 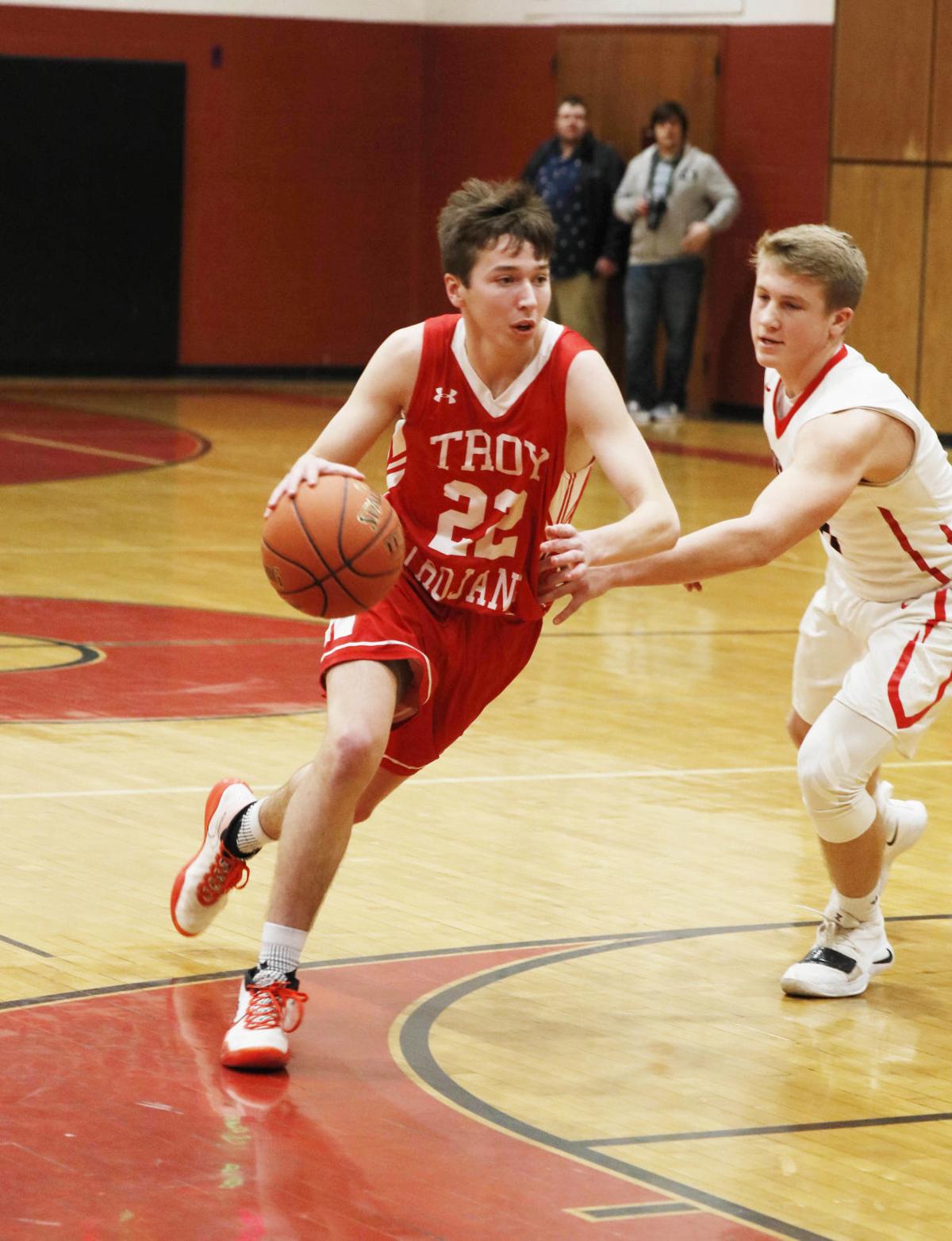 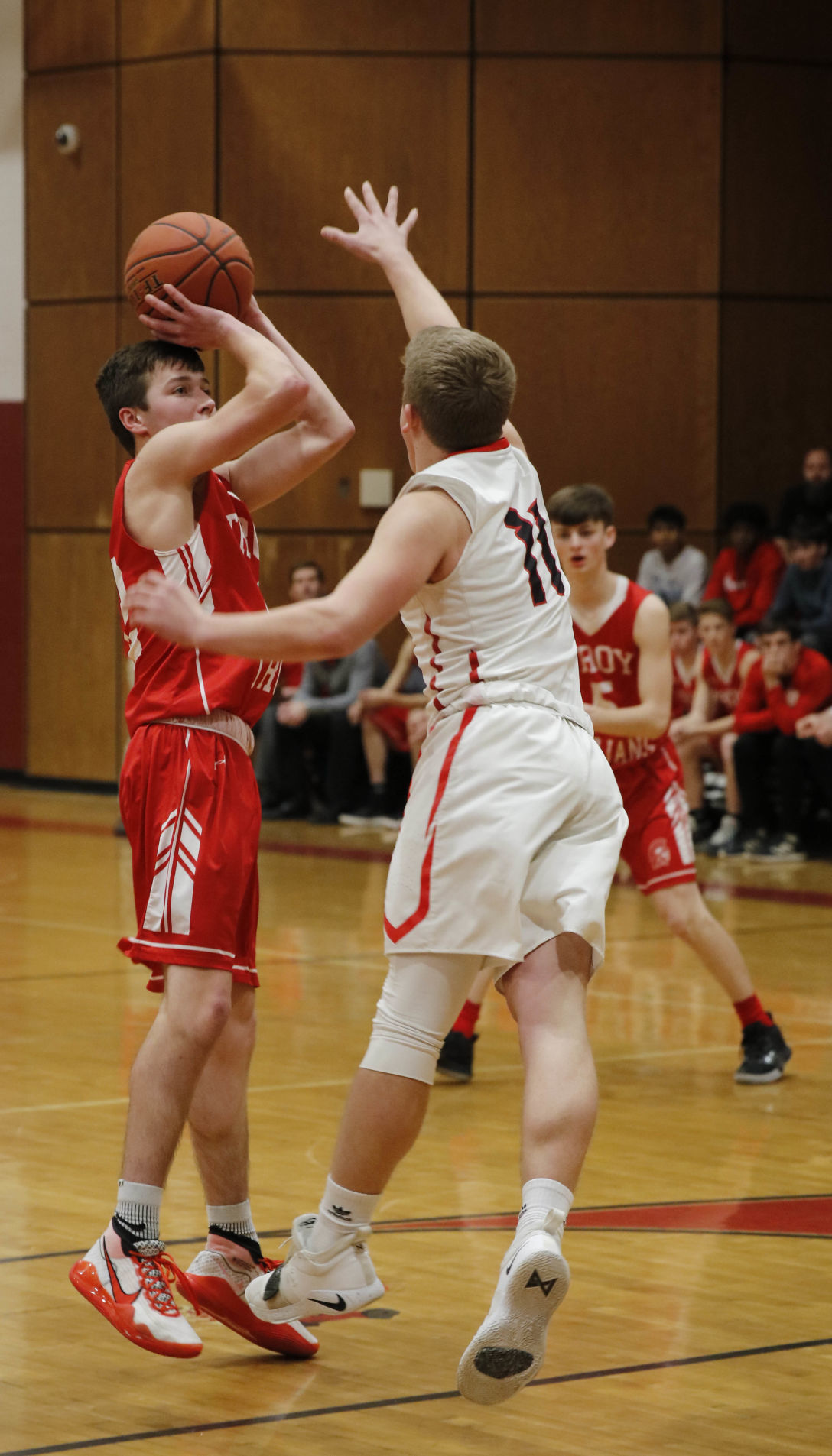 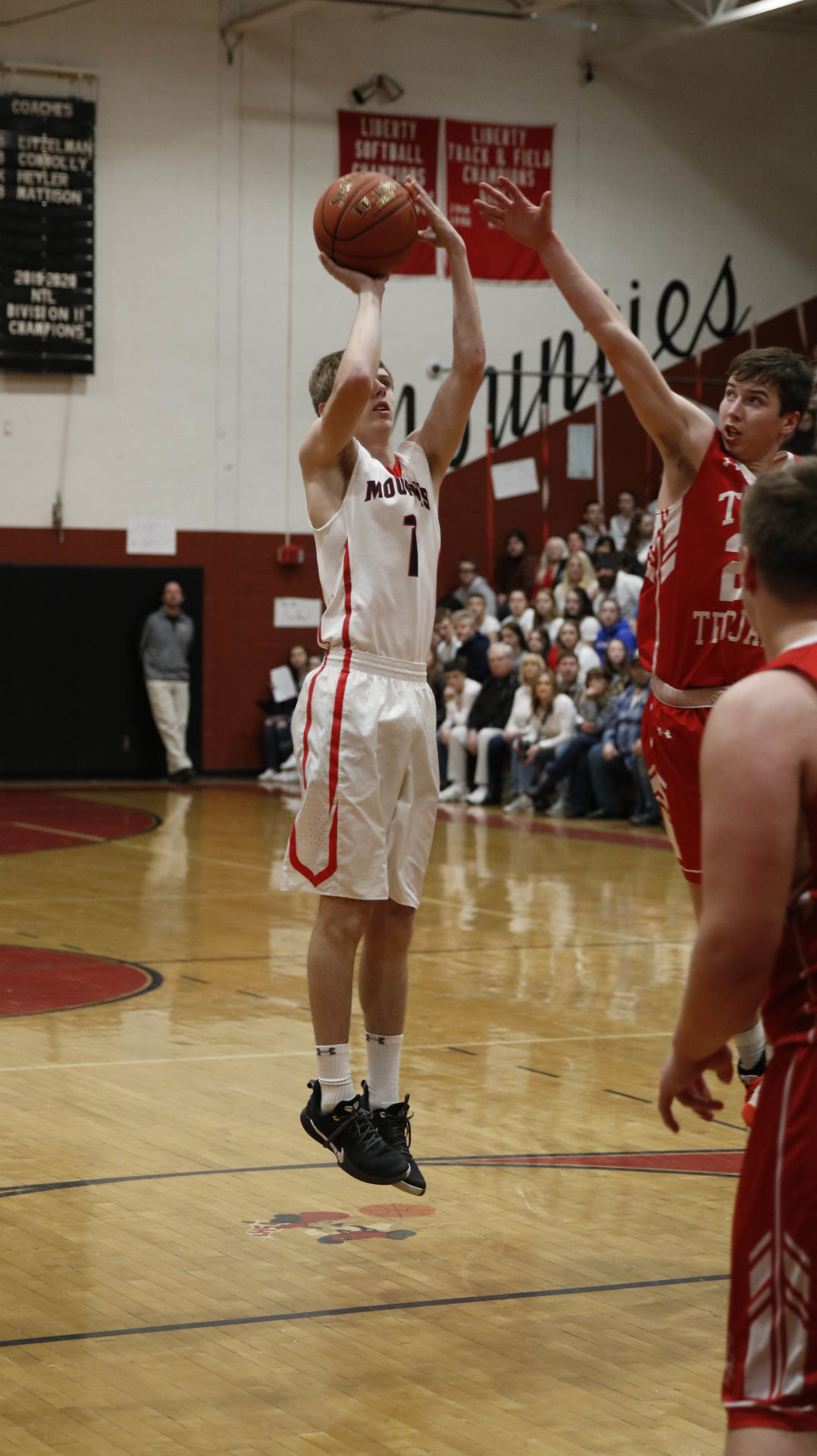 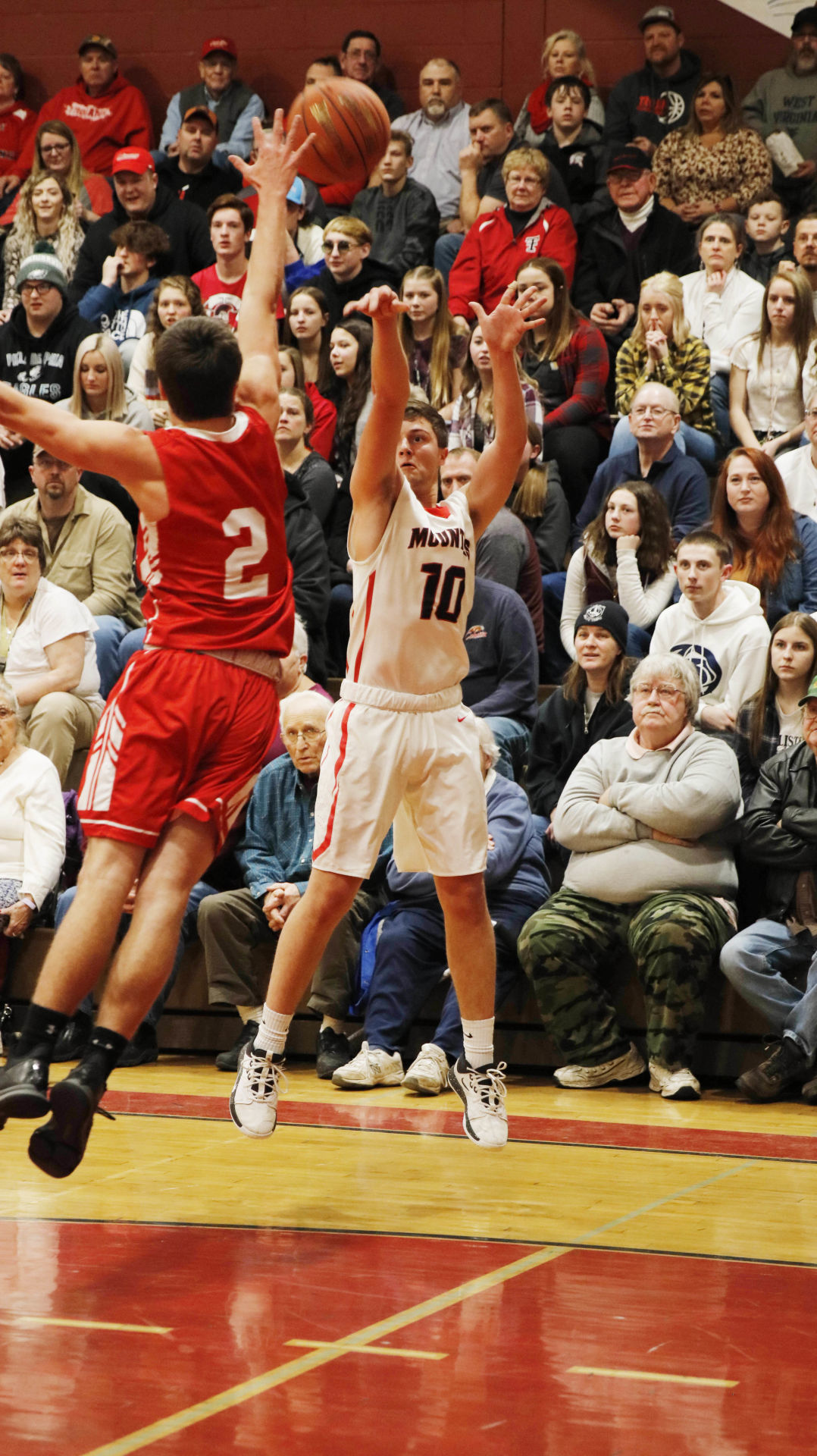 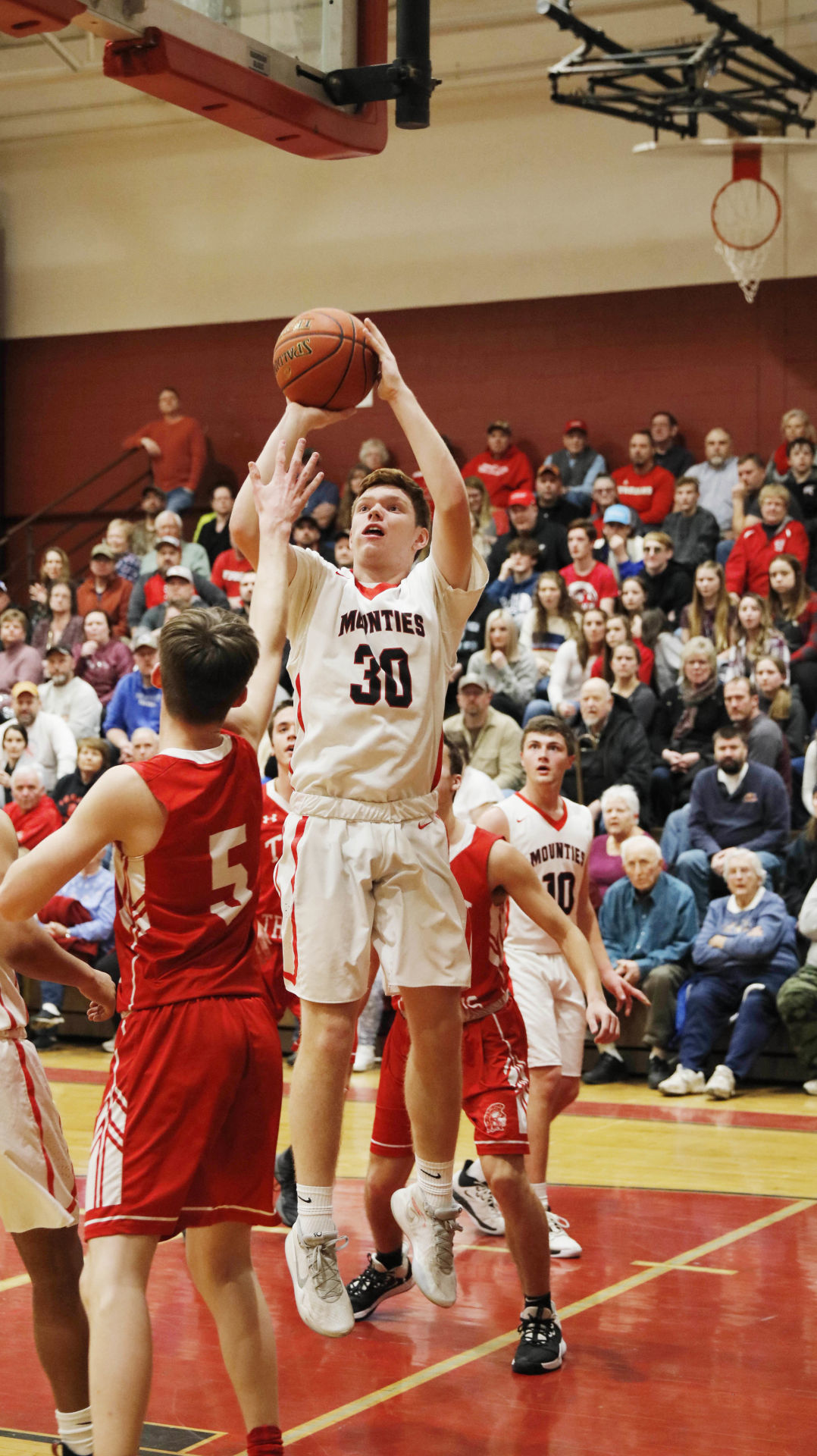 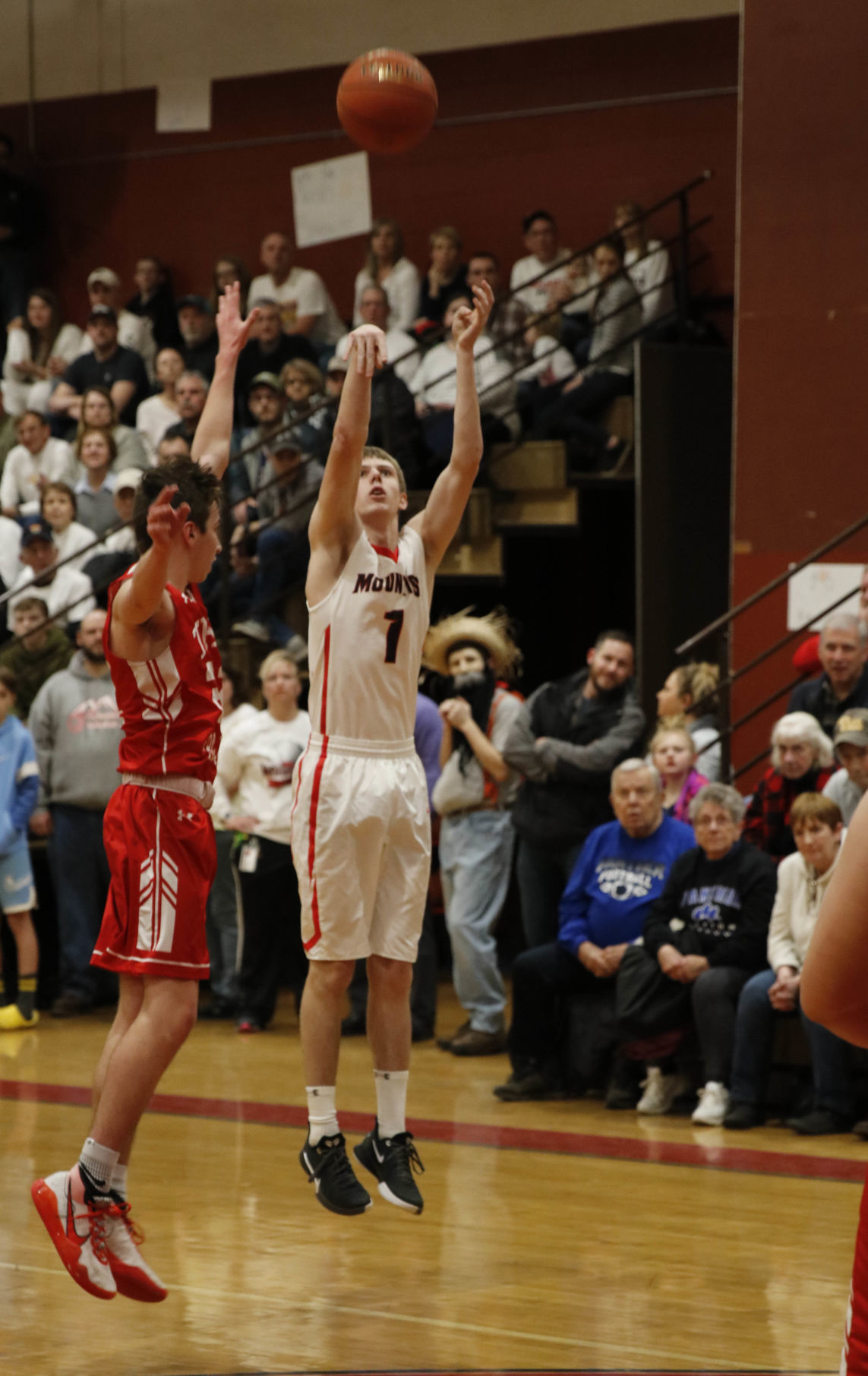 LIBERTY — It looked like it would be Déjà vu for the Troy Boys’ Basketball team. After suffering a devastating loss to North Penn-Mansfield last week on a tip-in at the buzzer, it looked like it was going to happen again at North Penn-Liberty Thursday Night.

With twenty seconds left down by one, NPL had one chance to win the game. After dribbling down the clock, Noah Spencer attacked the rim. He missed the initial attempt, but the quick guard tracked down the miss, put it back up, missed, and got a third, and final chance to put it in from close range. In a season where every big shot Liberty took went in, the clock finally struck midnight. Spencer’s tip-in wouldn’t fall, a desperation heave at the buzzer by Duncan Zeafla didn’t go either, and Troy survived 58-57 in one of the games of the year in the NTL.

Troy advances to face Athens in the NTL Showdown finals, a game that will be loaded with local implications after the latest controversy created because the NTL cannot make up their minds on how to determine a champion.

“Those last 20 seconds, we switched from zone to man and our kids played the best man defense they’ve played all year,” Troy Coach Steve Renzi said. “Even after that, it looked like one of those shots at the end would go in. We’ve been on the wrong end of a few of those this year, so it was nice to see one go our way.

It was a game of spurts by both teams. After a back and forth first quarter, Troy pounced in the second quarter when Mountie big man Brandon Thompson headed to the bench with two fouls. Troy took a four point lead into halftime and extended that lead to six when they scored on the first possession of the second half.

Liberty made a run, though. Seven straight points for liberty, capped off with a Koulton Roupp three and Brandon Thompson layup put the Mounties up one.

It was Troy’s turn. Thompson picked up his third foul soon after, and headed to the bench. Troy capitalized. They ended the quarter on a 19-5 run, scoring inside and out and taking a commanding 13 point lead into the final quarter. After NPL scored a few buckets to star the fourth quarter, Troy responded and got the lead back up to 14 with 4:03 to go and looked to have withstood the final Mountie charge.

That was not the case. The Mounties went on a furious run, forcing turnovers in the half court, and aided by a few missed foul shots on one-and-ones from Troy, found themselves in a position they’ve thrived in all year; down in a one possession game with time running out. This time, it was not meant to be.

For Troy, Saturday’s NTL final against Athens is personal.