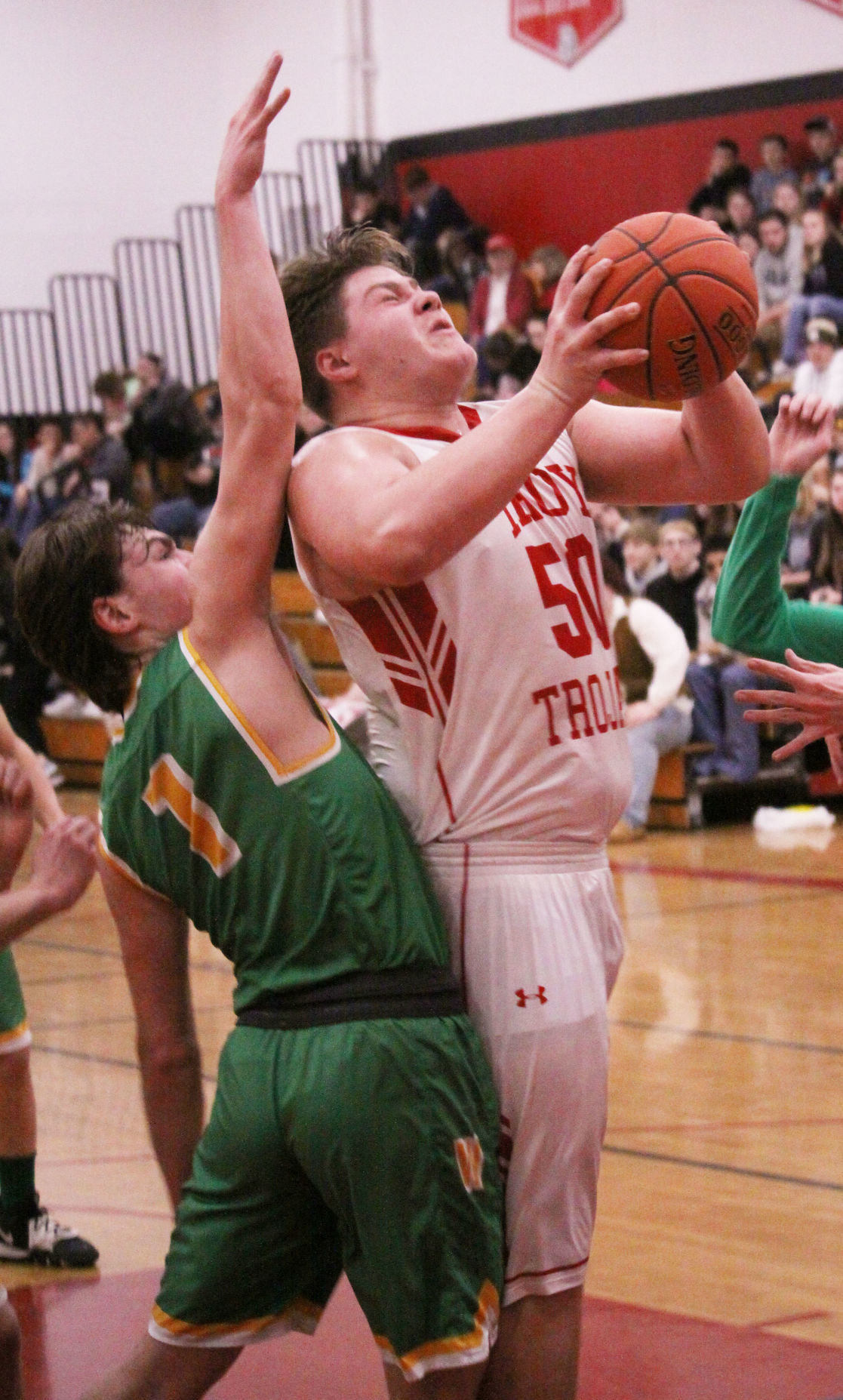 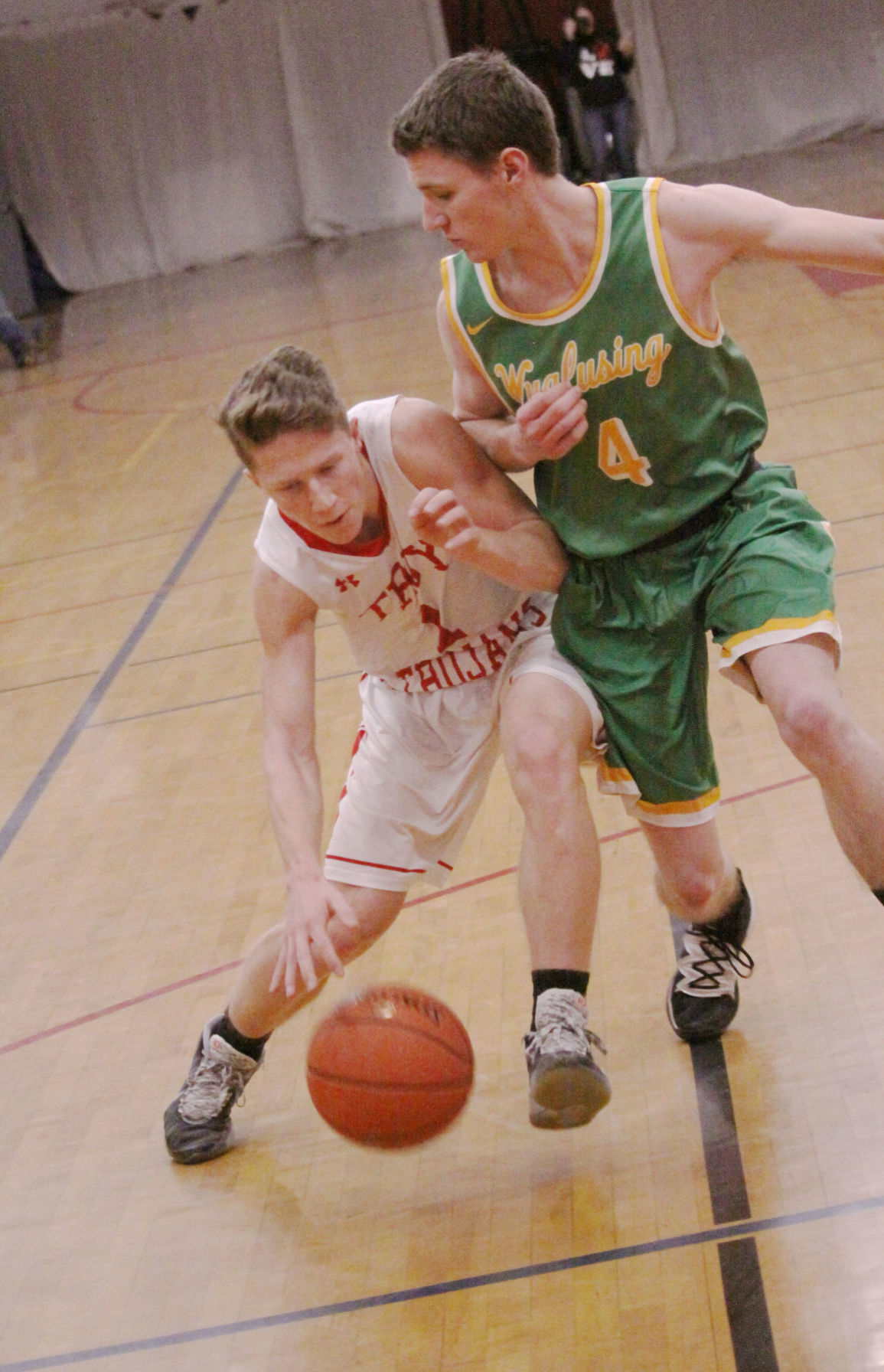 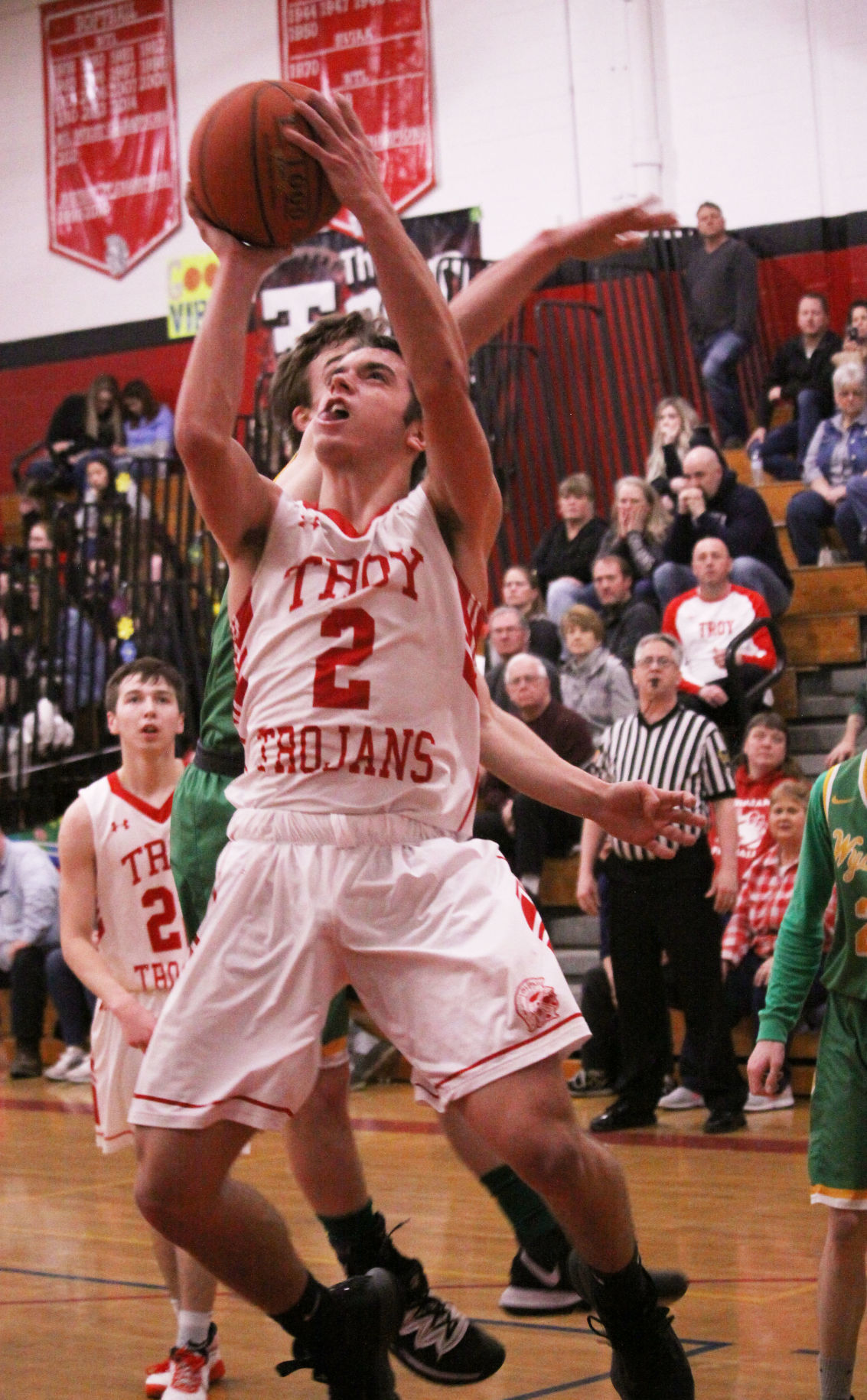 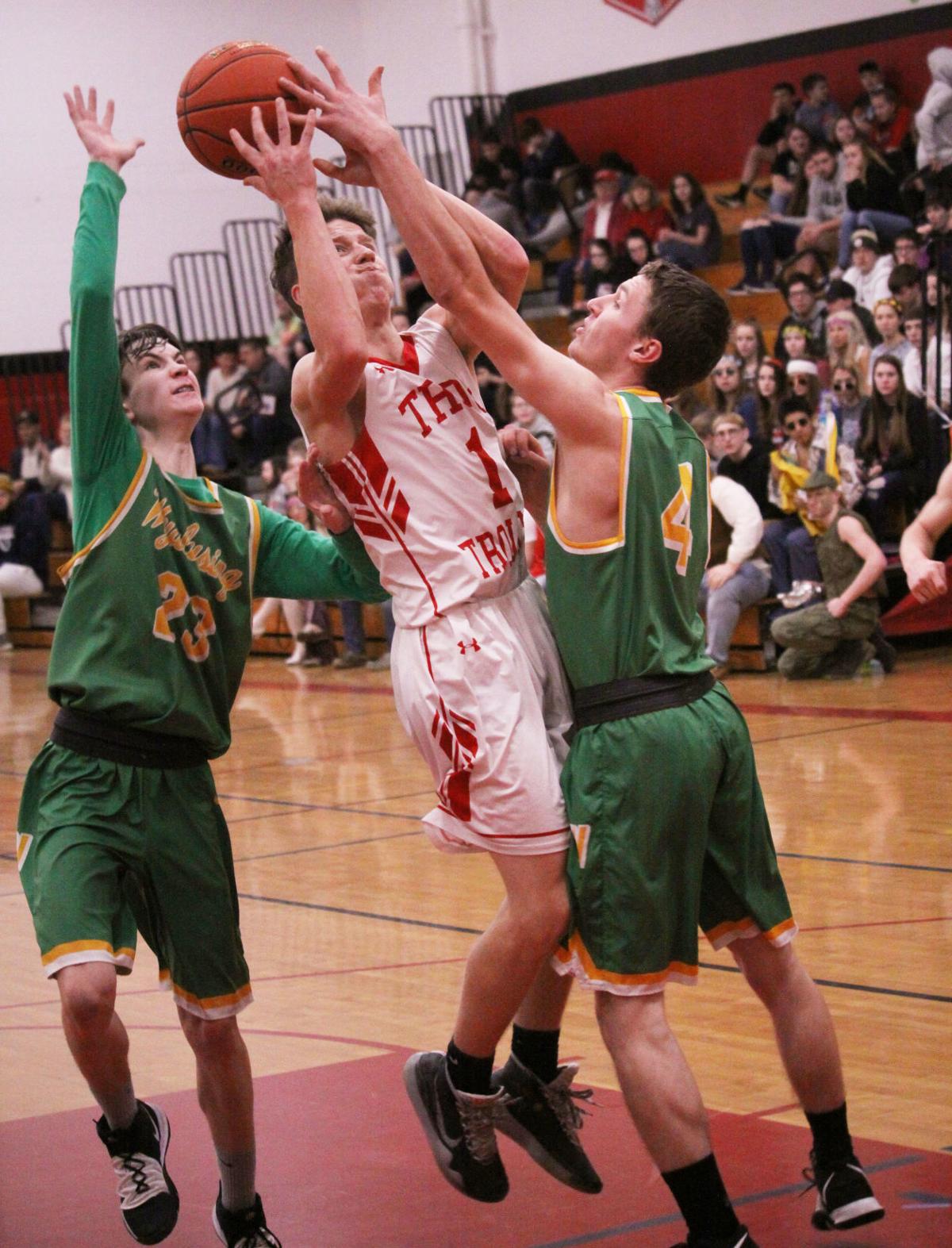 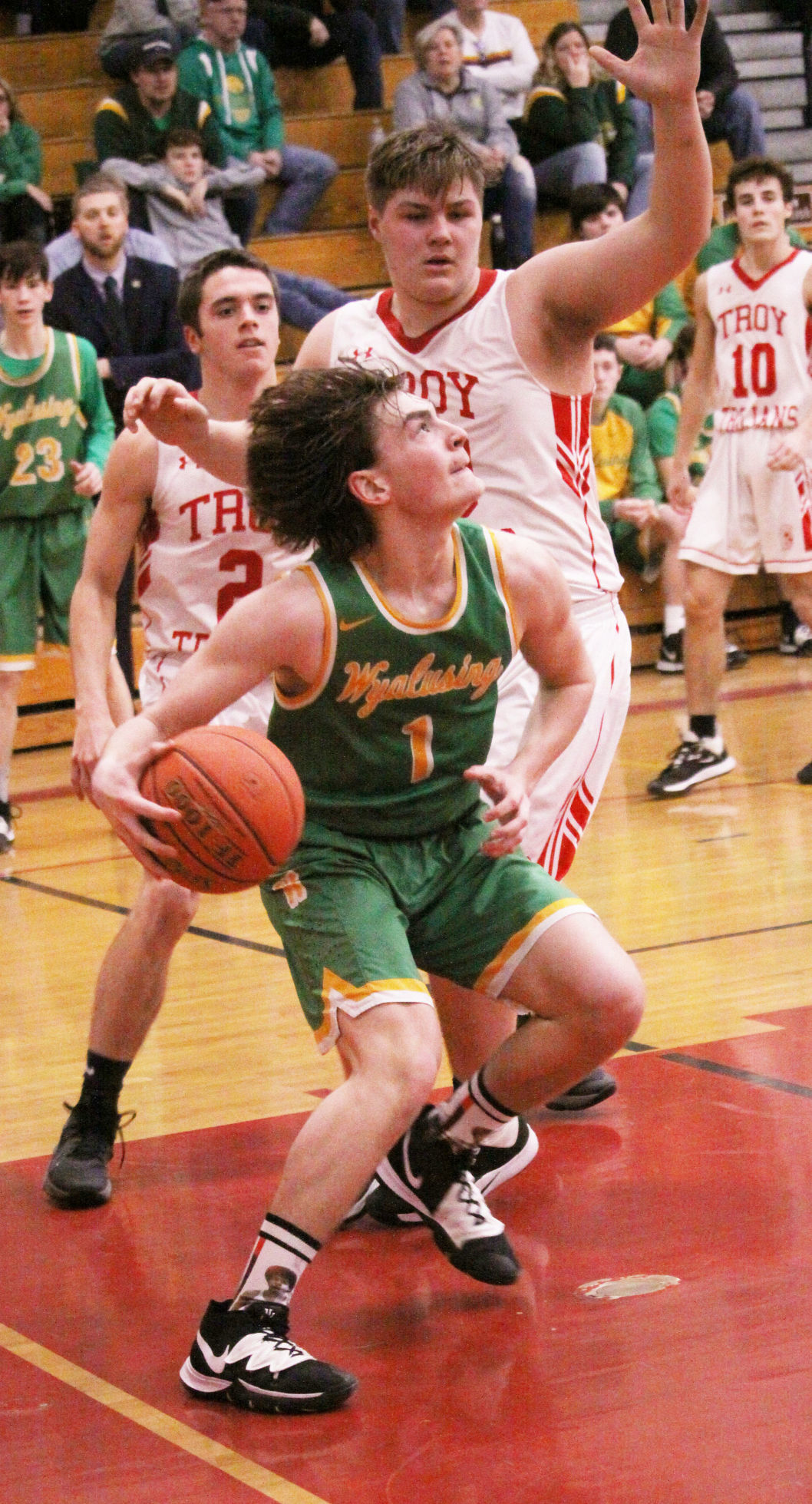 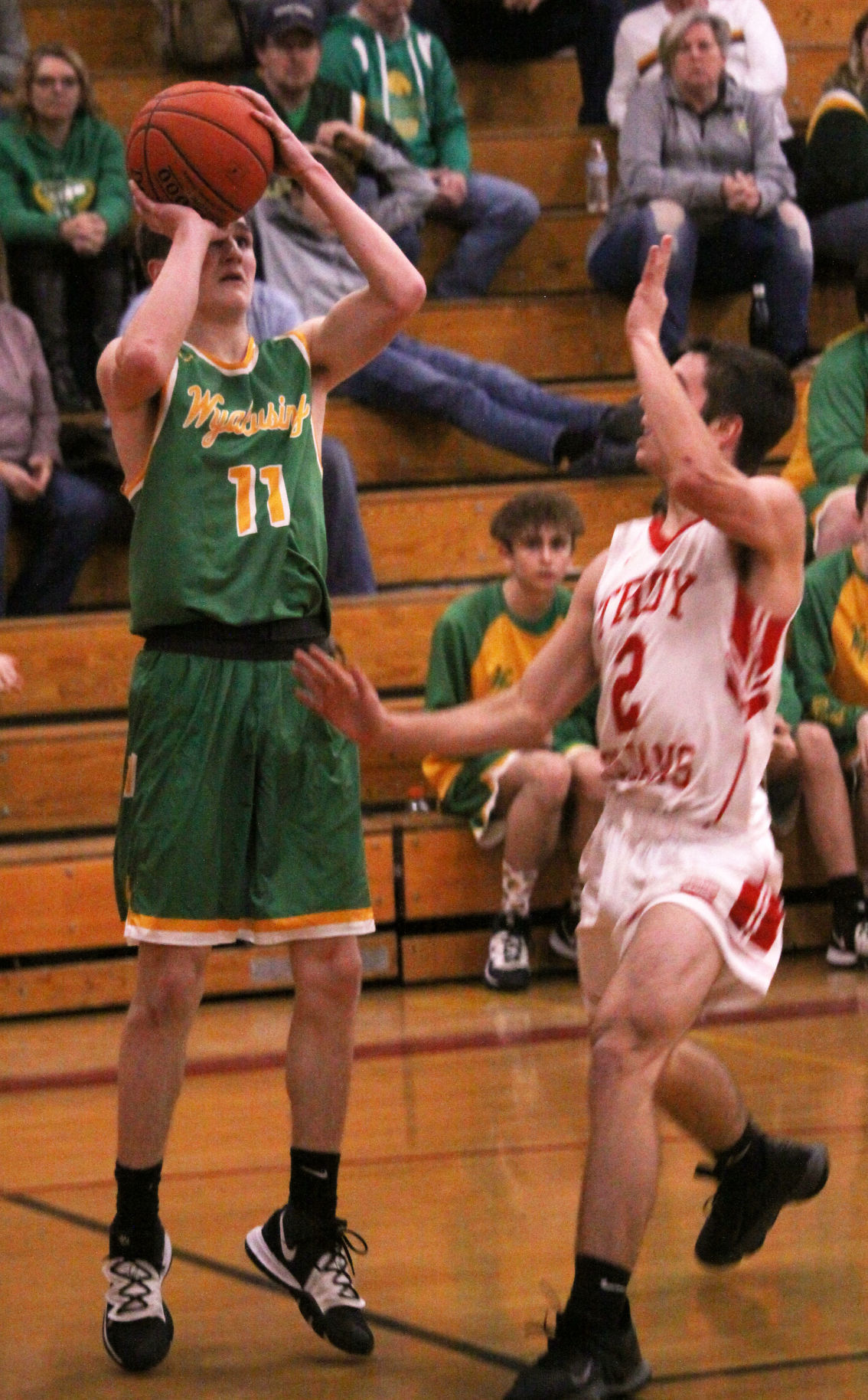 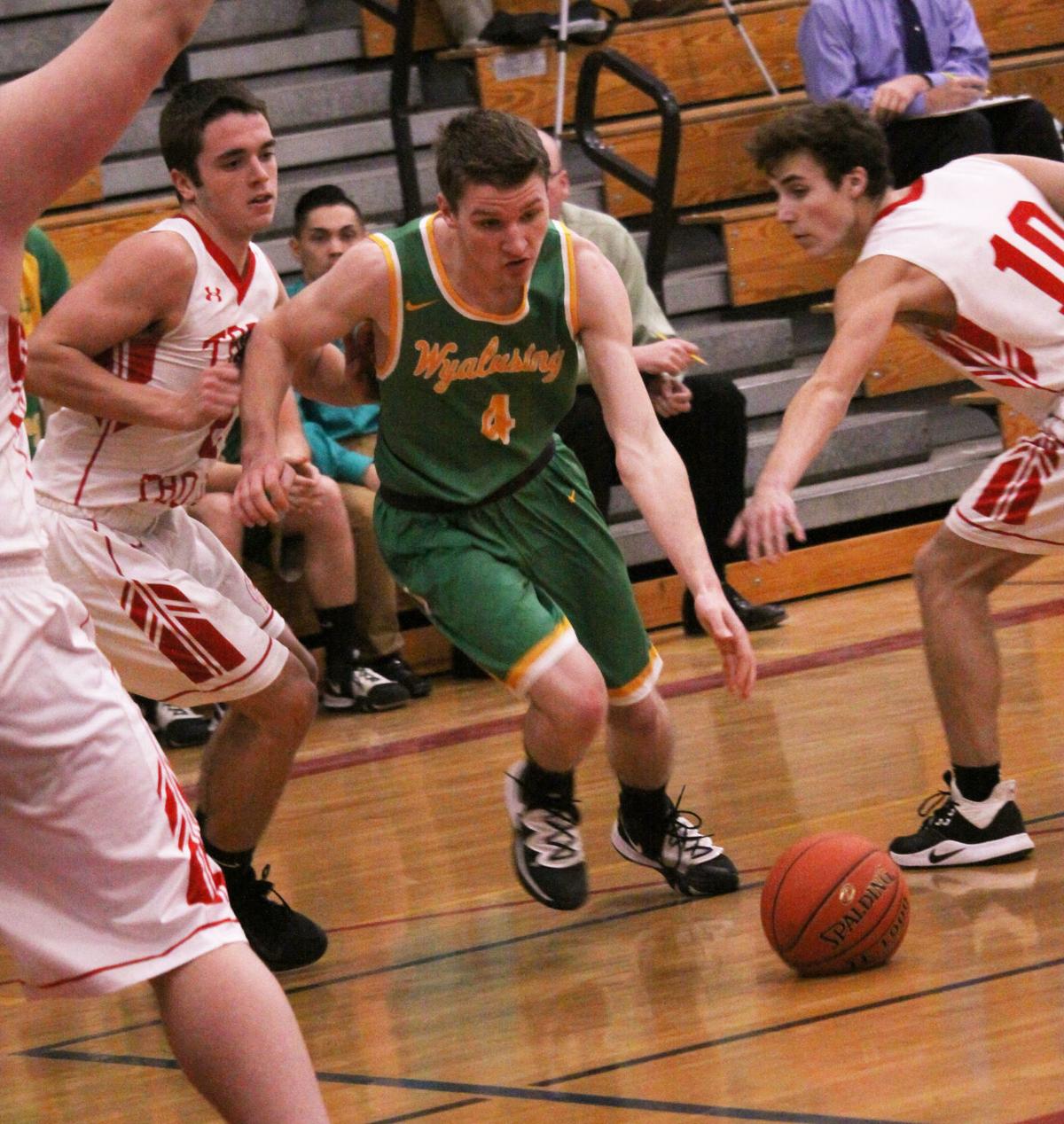 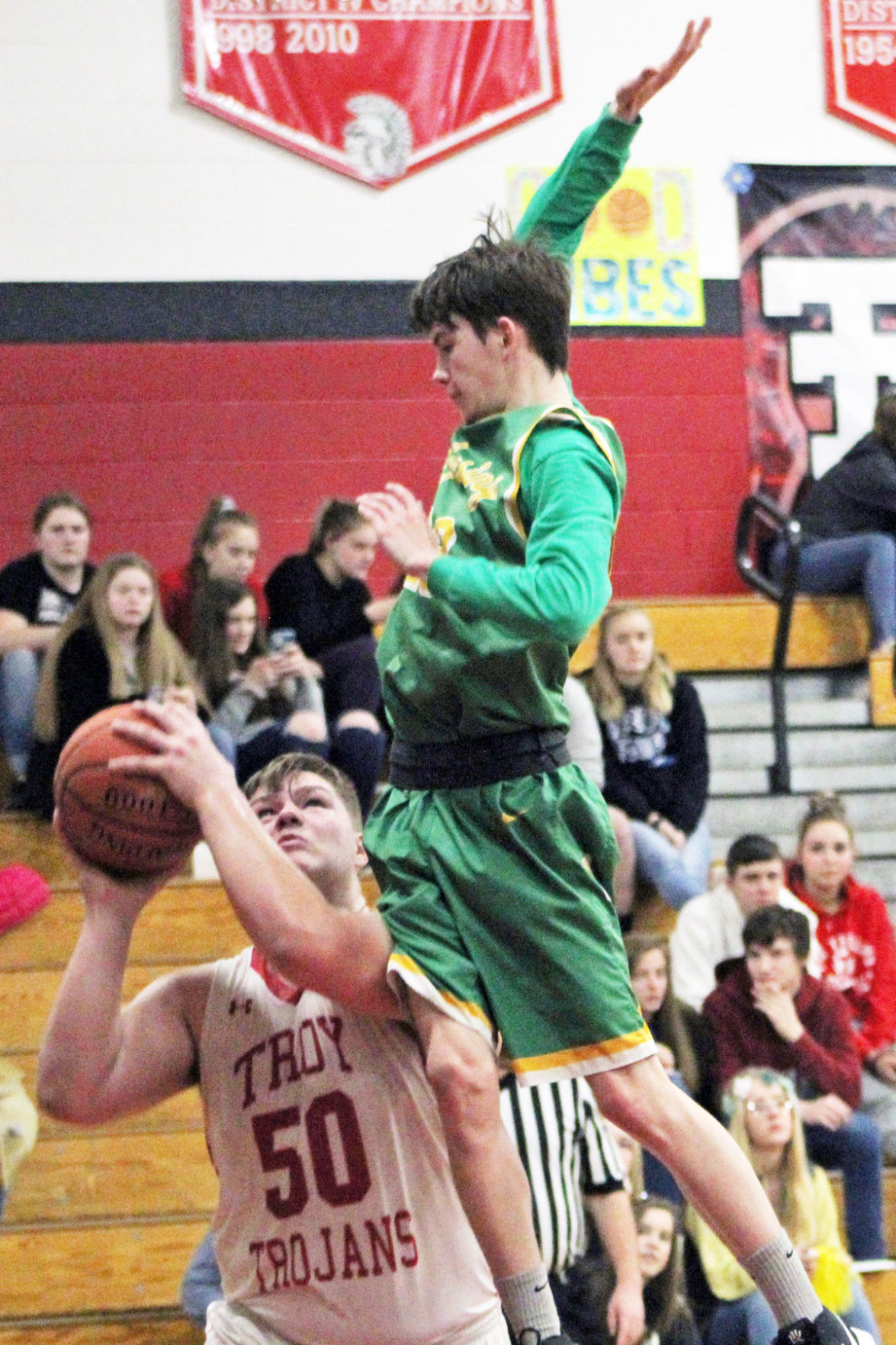 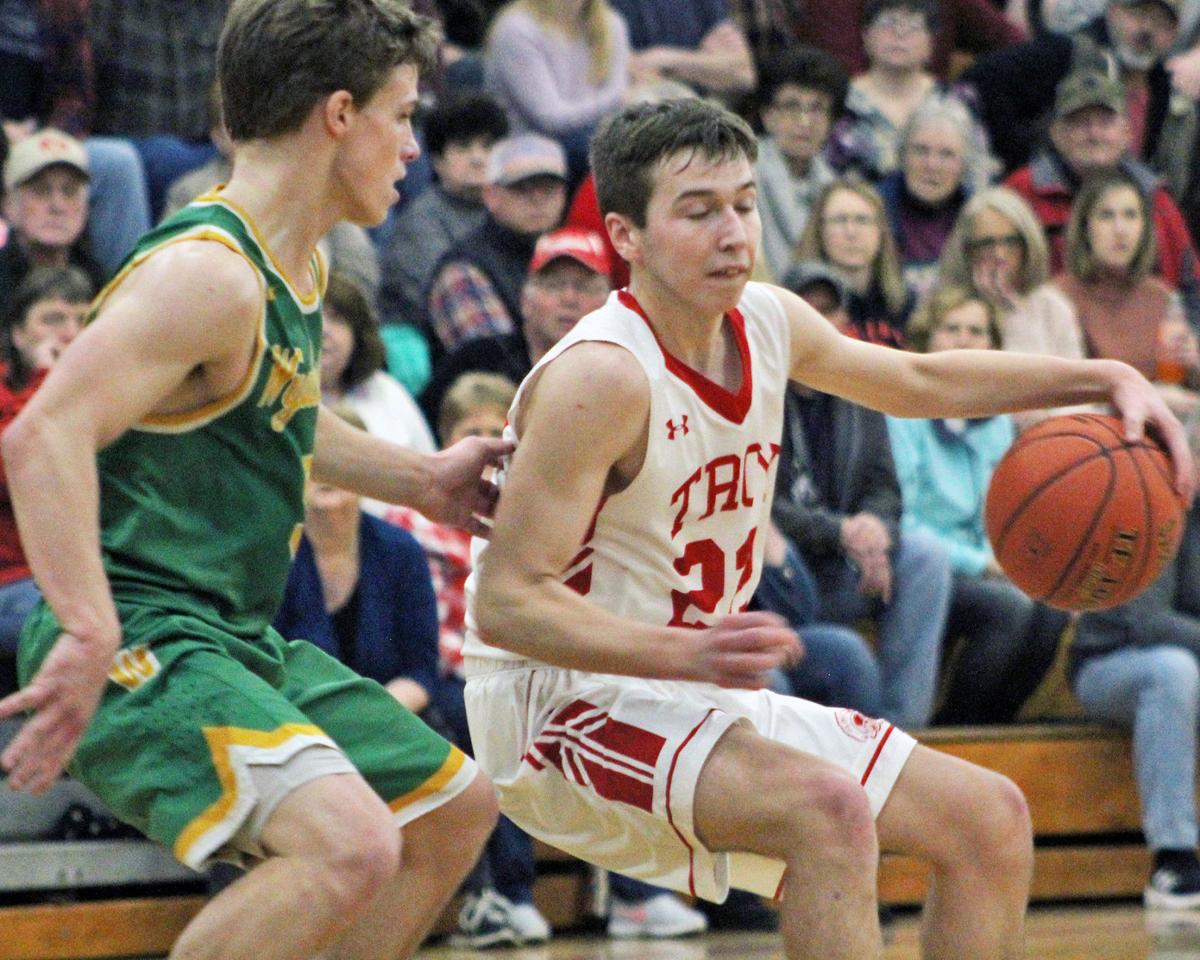 TROY — At the start of the Wyalusing-Troy boys’ basketball game the two teams were playing for a guaranteed spot in the showcase.

After Troy won 54-46 over the Rams they had not only secured a spot in the NTL Showcase for the first time in school history, they also found themselves in the NTL-I lead.

NP-Mansfield did the Trojans a favor as they defeated Athens 67-51, allowing Troy be sole leaders in the division.

“It’s one of the greatest feelings I’ve had since football season,” Troy’s Mason Imbt said after the game.

Getting through this game wasn’t going to be easy, though.

The Rams were the Large School leaders most of the season and, with a win, would have been on top again.

“We knew that we couldn’t just turn the ball over and to take smart shots,” Barrett said about their game plan.

Troy led 14-12 after the first quarter then put the clamps on in the second to push their advantage to 29-20 at the half.

It was a balanced effort for Troy as four players had five points or more while Grayden Cobb (seven points) led the Wyalusing attack.

The Trojans pushed their lead to double digits much of the time in the third quarter but at the end the Rams cut it to nine points.

A Barrett length of the quarter drive and floater at the buzzer pushed their lead back to 11 points, 41-30.

The Rams came out strong in the fourth quarter as Cobb nailed a 3-pointer to cut it to 41-33.

Barrett found Imbt for a lay-up after that to make it 10 points but a Cobb jumper cut it back to eight points.

Barrett and Mitchell Burke then traded buckets as the Rams tried to stay in touch.

A Cobb jumper with three minutes to play got the deficit down to six points, 45-39, but Troy followed with a 4-point spurt — two free throws from Imbt while Ethan VanNoy scored on a drive — put Troy back in charge 49-39.

Burke came back with back to back lay-ups, cutting it to six points again, but with only 48 seconds left to play.

The Rams needed turnovers but couldn’t get them as Troy went 5-for-7 from the charity stripe down the stretch to fend them off.

“They’re a great team,” Imbt said of Wyalusing. “They hustle, they can shoot. They showed us that there but all in all we played a very fantastic game.”

Barrett had 15 points, four boards and four assists in the win while VanNoy finished with 15 points, including 8-for-11 from the free throw line, and six rebounds.

Wyalusing is done with NTL play while Troy hosts NP-Mansfield on Thursday at home.

A win clinches the division title, a loss, coupled with an Athens victory over Towanda, gives it back to the Wildcats based on the third tie-breaker (least amount of division losses).

They know it’s not over yet.