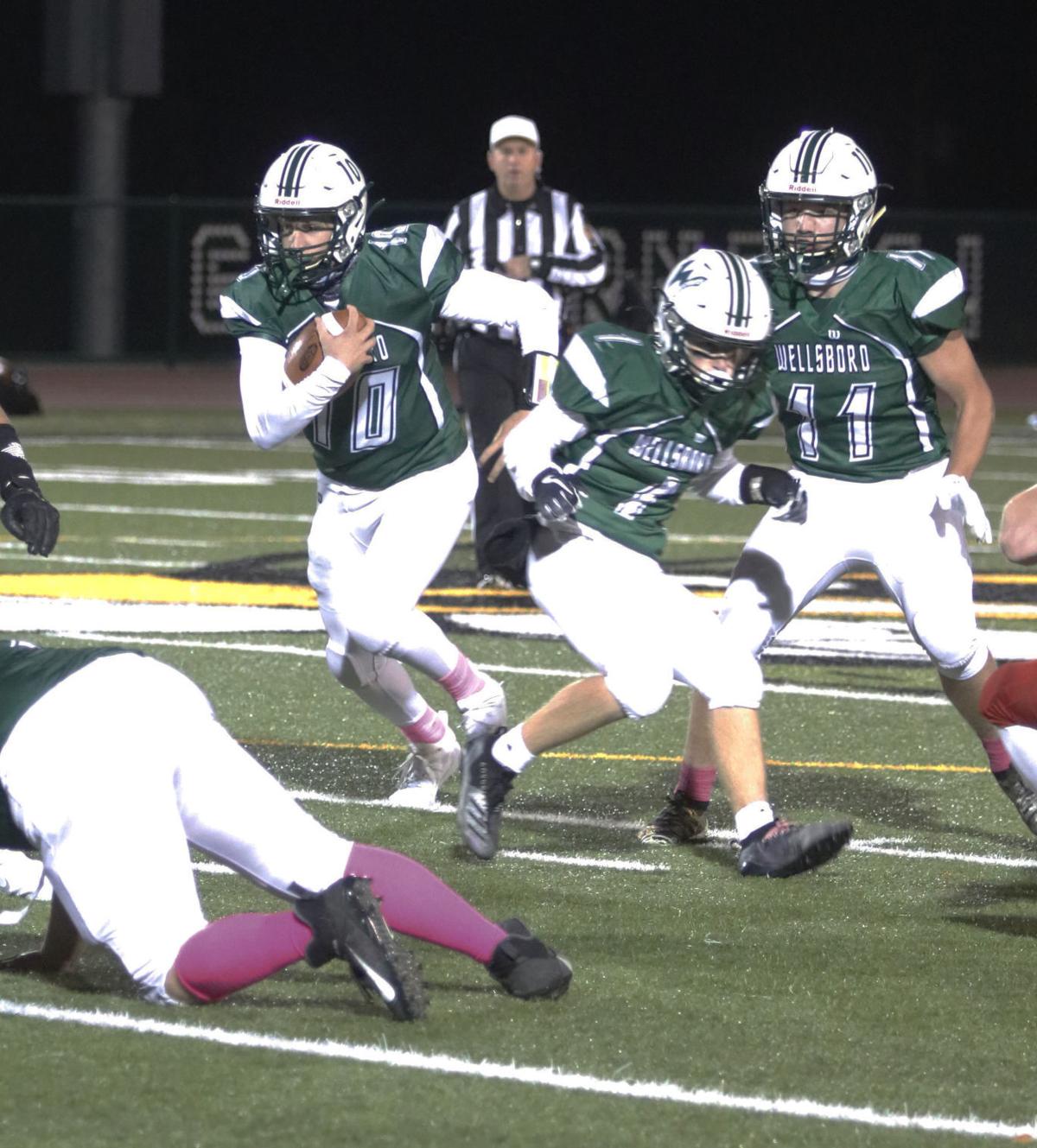 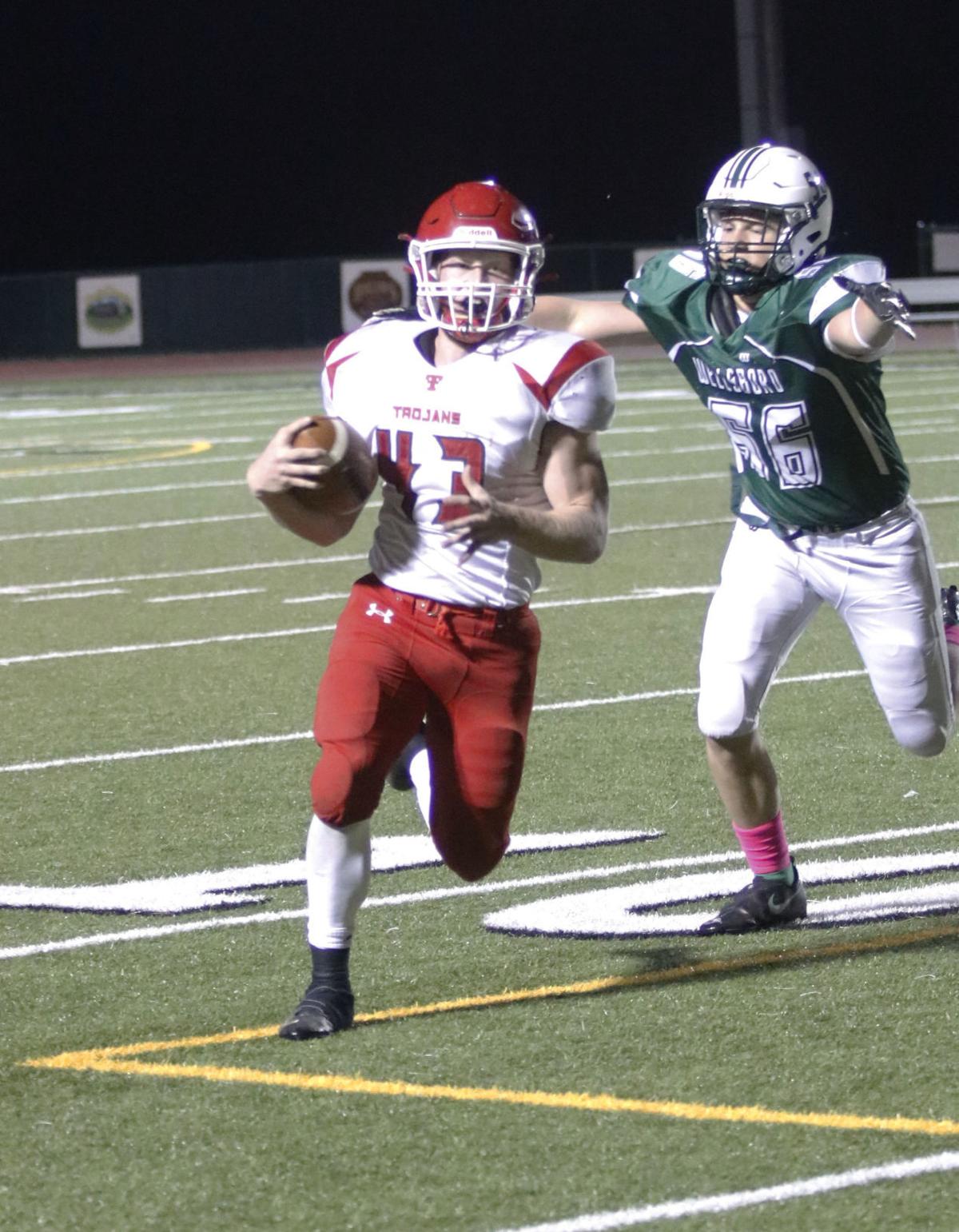 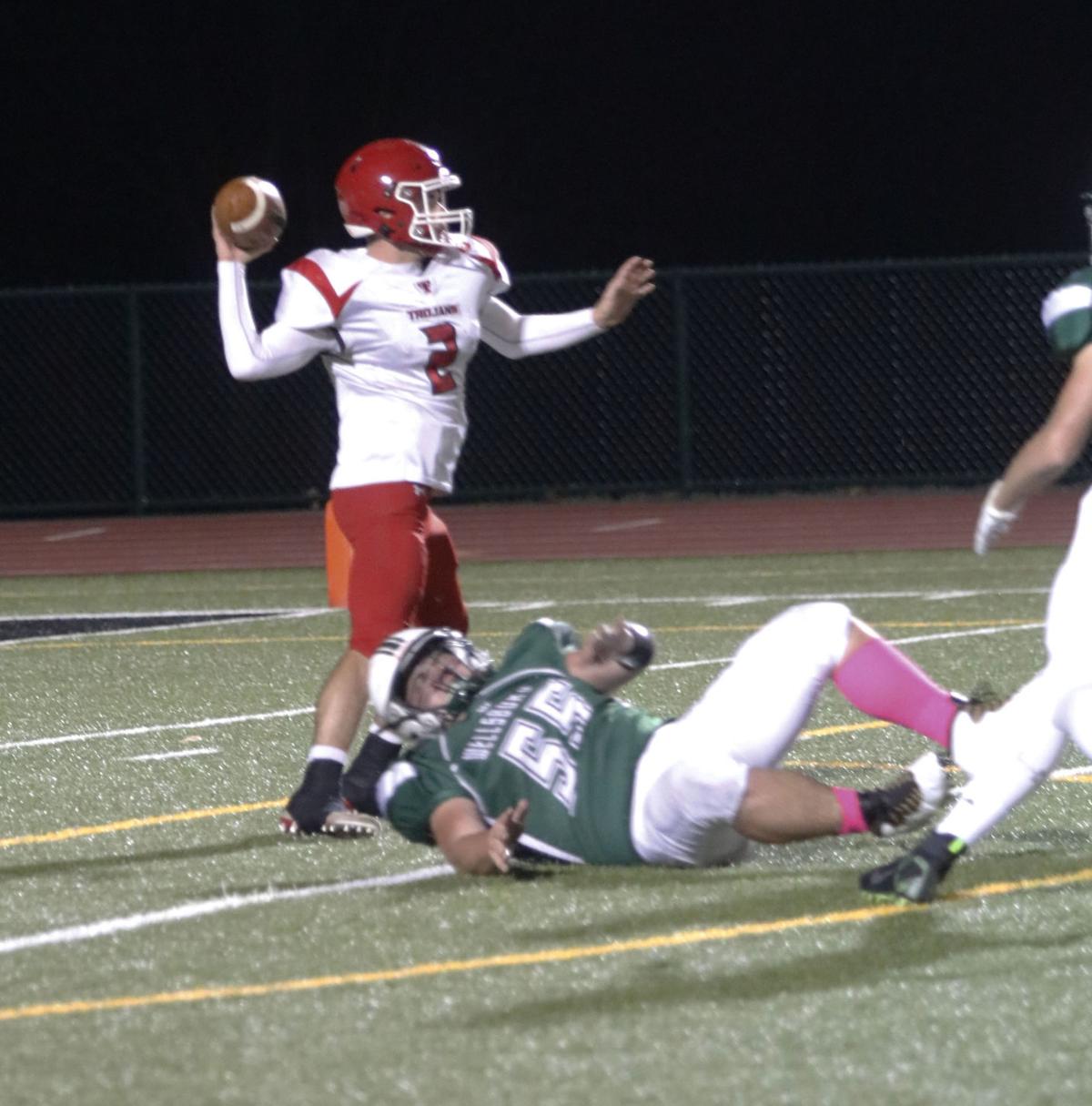 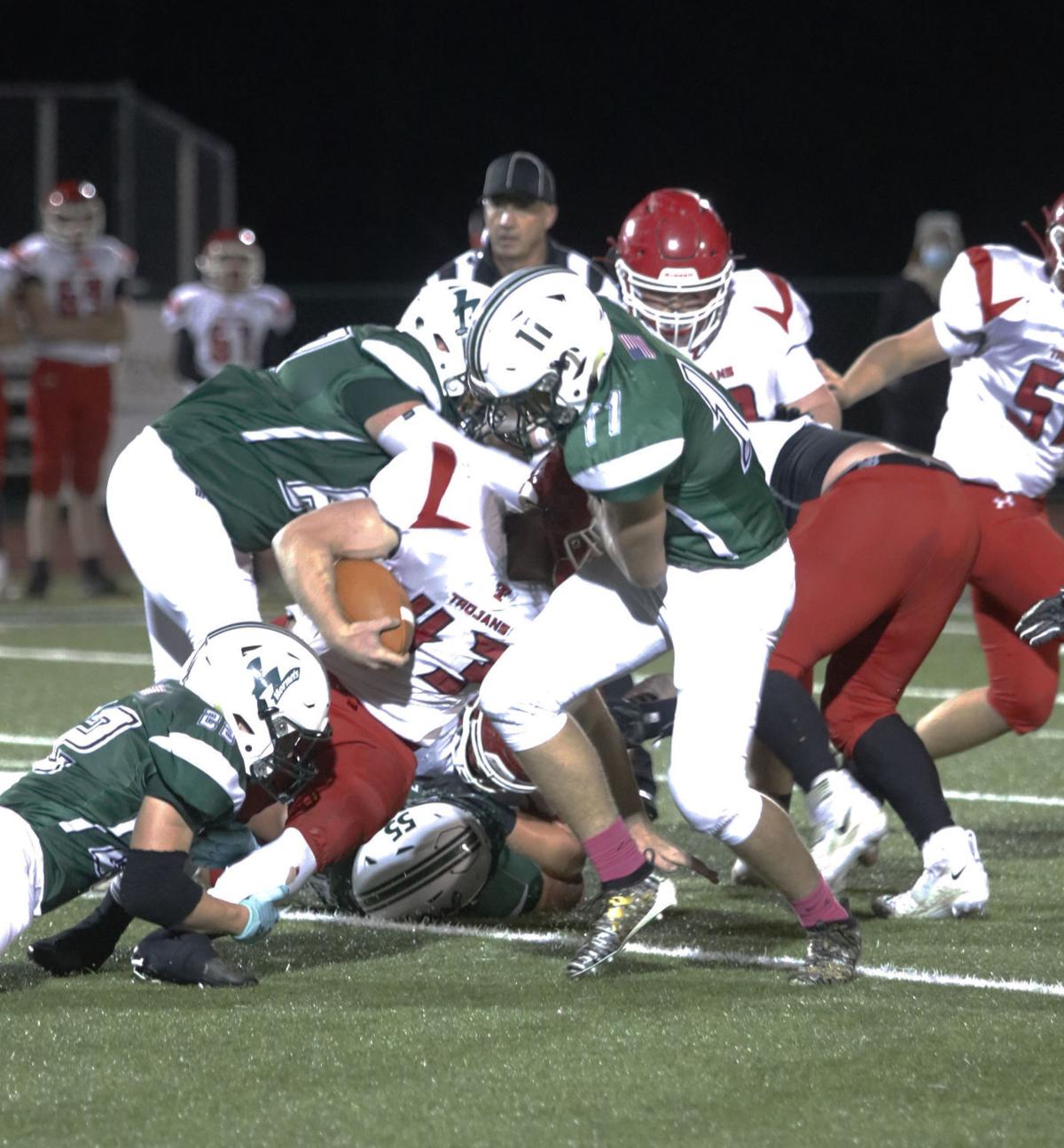 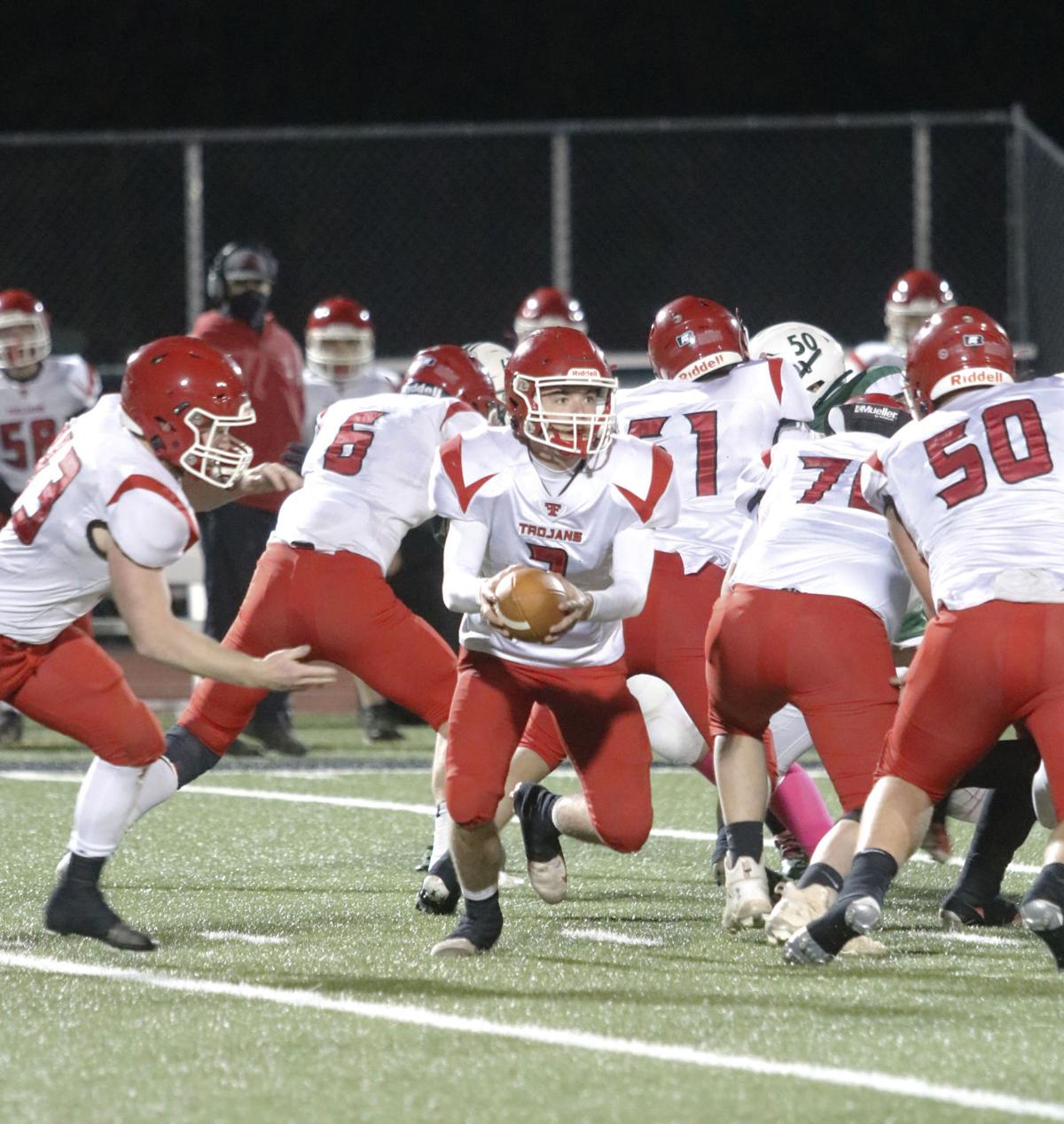 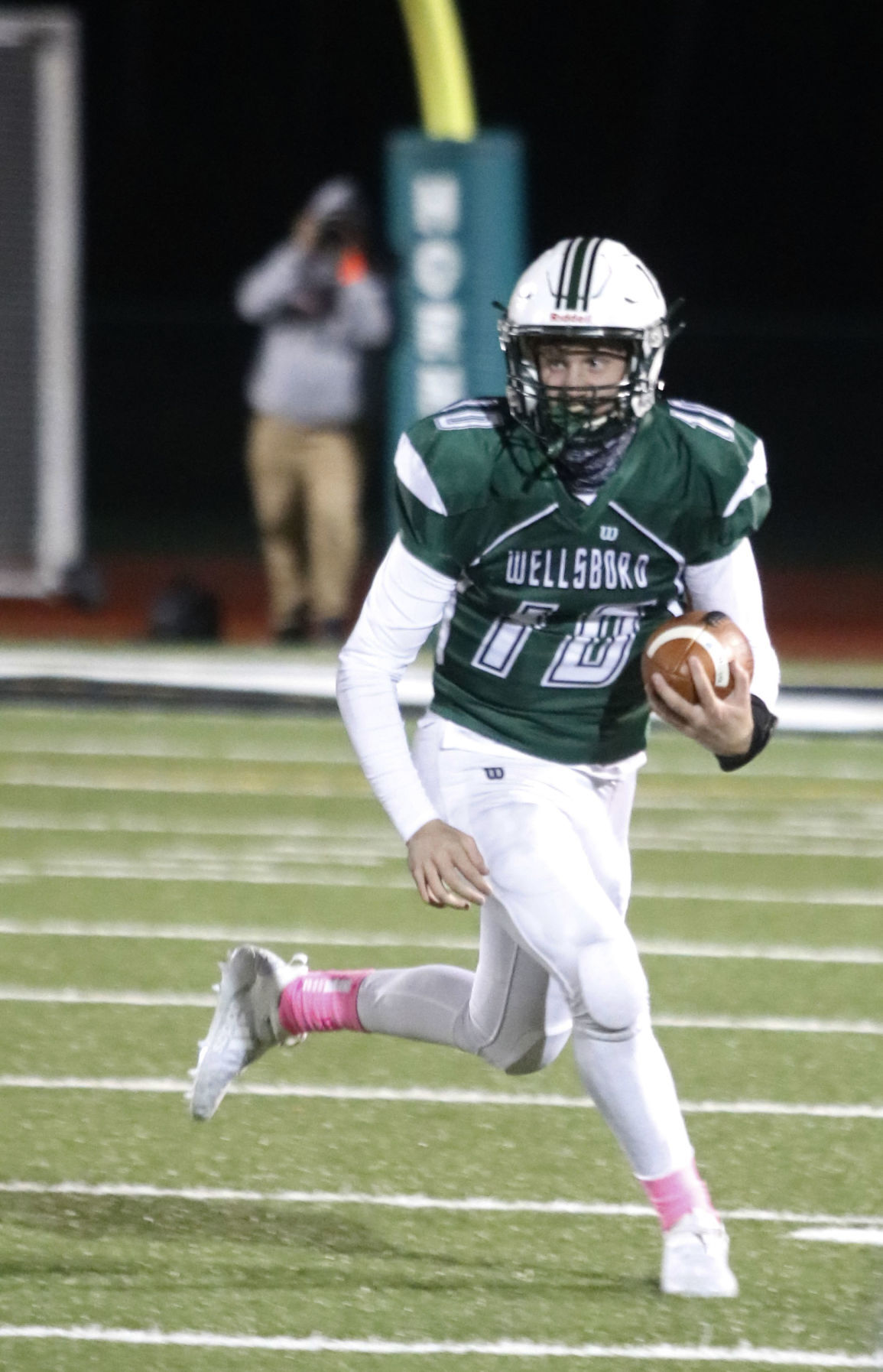 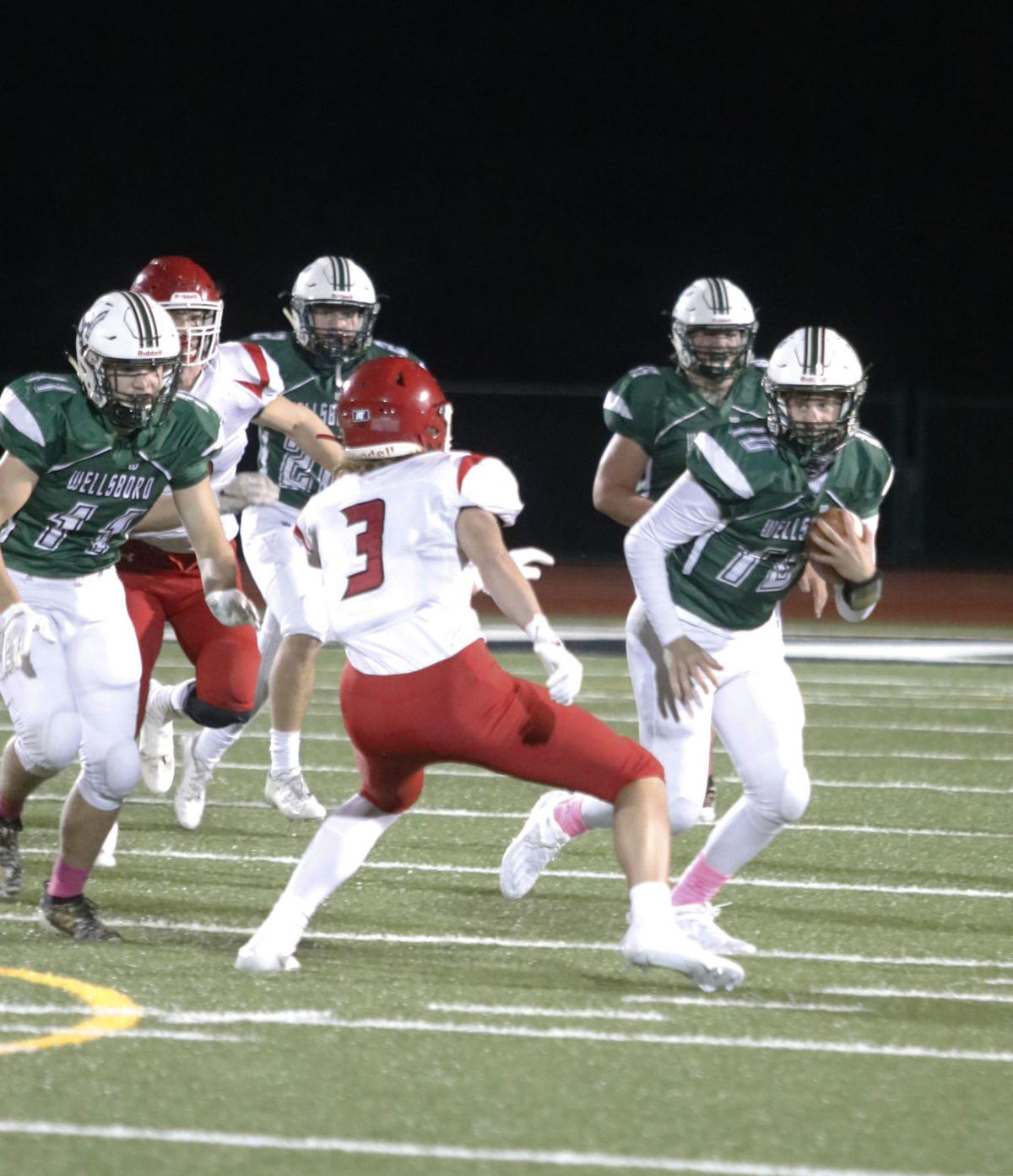 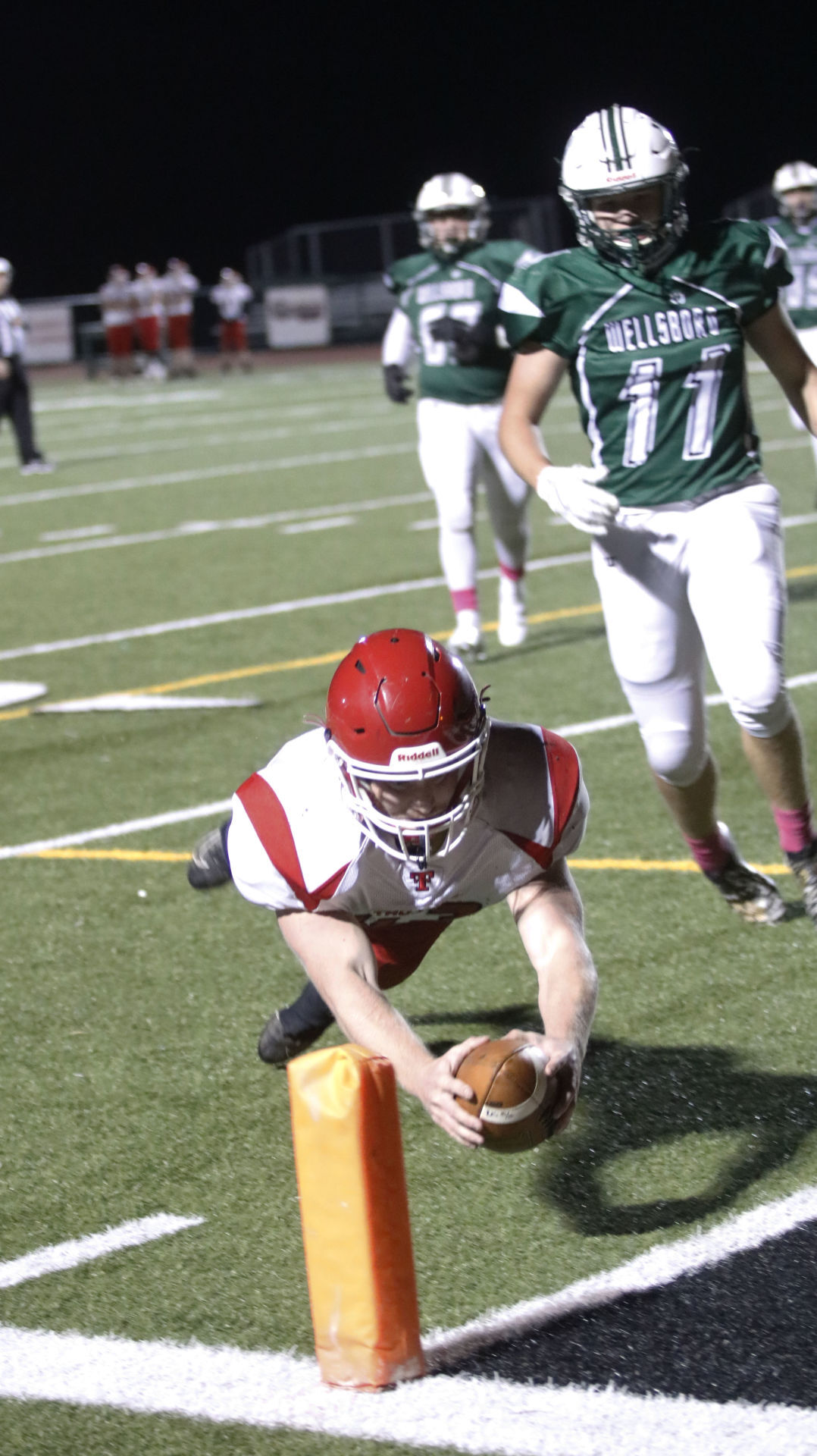 Not much has been on script for Troy football in 2020. Whether it was the pandemic, which significantly limited summer and fall camp for all teams, a blown late lead to rival Canton in week 1, or Troy Area School District having to go into a two week shutdown due to COVID cases, it has not gone to plan.

You wouldn’t know that the way Troy played Friday Night as they delivered a statement performance at the Wellsboro Community Athletic Complex, 41-0.

“We’d been hurting ourselves,” remarked Trojan Head Coach Jimmy Smith. “The kids were being hard on themselves over the smallest adversity and were losing focus,” he remarked on their early season up and downs that were evident against Canton and North Penn-Mansfield.

Friday night, the preseason NTL Large School Favorites played like a team deserving of such lofty expectations. The two-headed monster backfield of Damien Landon andCaleb Binford combined for 377 yards on the ground, the secondary was tremendous, and the vaunted Trojan offensive line pushed Wellsboro around.

The two teams traded punts to start the game. With 5:00 to go in the first quarter, Troy was facing a 3 rd and 22 deep in its own territory. A great play design that had Caleb Binford fake as if he were pass protecting before sneaking out of the backfield against the flow of the play left him all alone on in the flat and Ayers found him. Binford took it 48 yards down the sideline to the Hornet 17.

“Wellsboro had us locked up in man and had been flowing very fast and hard so we ran a delay with Binford where he stayed in for three seconds and went out,” Smith said. “The key is you’ve gotta have time to do it and we don’t always have time to do it but we did that time.”

Troy was not done yet with third down conversions on the drive. Facing a crucial 3 rd and 6 from the Hornet 15, signal caller Dom Ayers ran the counter option to perfection as his pivot to the left moved the Hornet defense ever so slightly, allowing him and Landon to get the edge in a two-on-one situation. When Wellsboro committed to Ayers, he calmly pitched to Landon and he waltzed in from 13 yards out. Binford’s kick was good and it was 7-0 Trojans with 3:59 to play in the opening quarter.

The next Trojan score would be the play of the game. Wellsboro’s Jack Poirier uncorked a nice punt that Binford appeared to let roll out to be downed by Wellsboro. As Wellsboro relaxed, Binford picked the football up from the 20 yard line painted on Wellsboro’s turf along the left side, reversed field, and had a wall of blockers down the right side line as he took it 81 yards to pay dirt with 9:52 in the second quarter, taking the wind out of the sails of a Wellsboro team that had up to that point contained Troy.

“We have a few guys who can make plays like that for us,” said Coach Smith.

Troy’s running attack would start to impose its will on the next series. Landon had gains of 10, 12 and then 53 yards all between the guards as the Trojan offensive line dominated until Landon broke one loose, bringing the score to 21-0 with 7:53 remaining in the first half.

The big plays would continue. This time it was Binford on the ground who went 81 yards again off the right side, showing incredible agility as the rout was on, 28-0 with 3:17 remaining in the first half.

After Zach Singer took a slant on third and long late in the first half for 29 yards, Wellsboro looked to be in business. And when Singer found himself open again across the middle, this time with acres of turf in front of him, it looked like Wellsboro would get on the scoreboard. But, the ball bounced through Singer’s hands, and into the hands of Nick Williams of the Trojans. Then, with just :12 remaining in the first half, Landon again rumbled through the Hornet defense, this time from 48 yards, bringing the halftime score to 35-0, the first time in Matt Hildebrand’s eight years at Wellsboro they’ve been put in the mercy rule.

“They (Wellsboro) have a good program and there are years where we’ve came out on top and other years when they have come out on top,” Smith said. “Tonight we just played focused, Troy football.”

Troy would continue the dominance in the third quarter. With 1:26 to go in the third quarter, Binford found the end zone again, this time from 30 yards out. The kick by Anthony Foust was no good and the score went to 41-0, where it remained for the rest of the game.

For Troy, who is without an opponent for next week as North Penn-Mansfield is not allowed to travel into Bradford County for the time being due to COVID concerns, the three week layoff did not hurt them and actually helped them.

“We have a bunch of seniors who made sure kids were doing the right things and kept lifting weights and stuff like that,” said Smith.

For Troy, Landon had 224 yards on 17 carries and Binford had 153 yards on 9 carries. The Trojan secondary contained an explosive Wellsboro passing attack as they held Isaac Keane to a 5-for-23 performance.