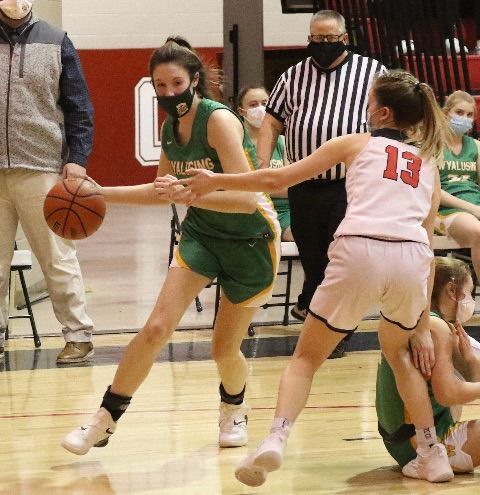 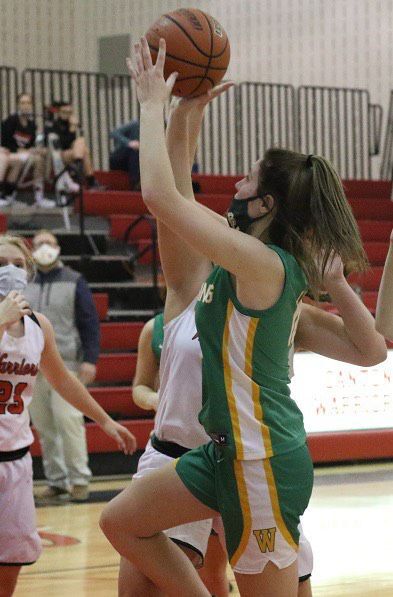 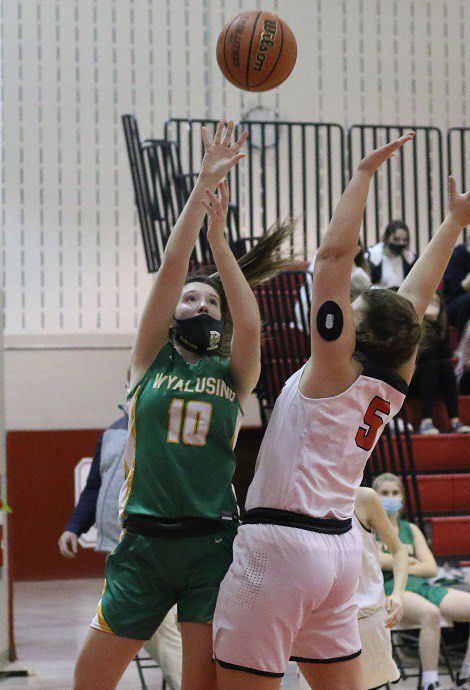 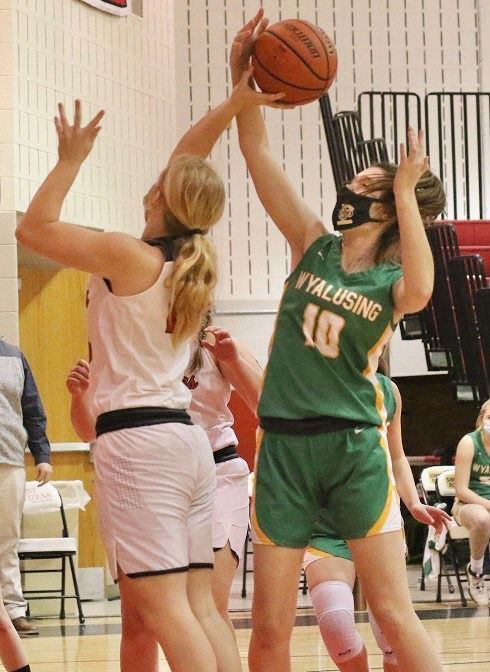 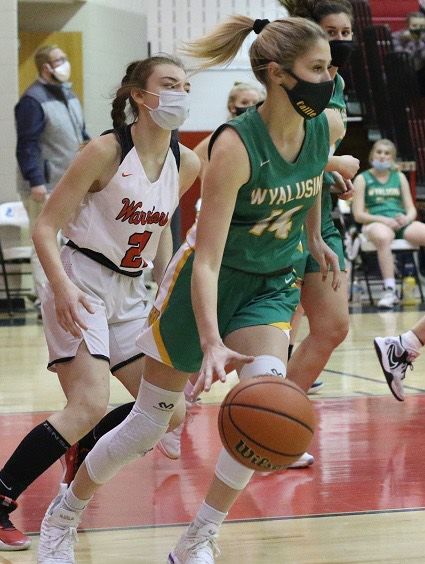 TIOGA CENTER, N.Y. — Sidney Tomasso had 25 points to lead Waverly to a 79-41 win over Tioga in girls’ basketball action on Saturday.

Tomasso has netted 20 or more points in every game this season.

Peyton Shaw and Gabby Picco each had six points for the Wolverines and Paige Robinson finished with five points, while Ashlen Croft and Lourden Benjamin finished with two points apiece.

Abby Foley had five points for Tioga and Mariah Nichols had three points.

Gabby Foley, Ari Manwaring and Reese Howey had two points each for Tioga.

Manwaring finished with 11 boards and Julia Bellis had six, while Ayres and Wood had three steals each.

Central led 18-10 after one quarter, but Athens fought back to outscore Central 14-8 in the second quarter.

Central held Athens to 13 second-half points in the game.

Caydence Macik had 17 points to lead Athens and Kayleigh Miller had nine points, while Megan Collins had three points.

Emma Bronson, Karlee Bartlow, Rachel Stephens and Hannah Blackman all had two points in the game.

Macik had 10 boards for a double-double and she added three steals and five blocked shots. Miller had three assists and two boards and Bartlow had four rebounds, while Stephens had three rebounds and Bronson had two assists.

CANTON — The Rams won a pair of games Saturday, playing at Canton, then heading to NP-Mansfield.

Madison Putnam had 18 points to lead the Rams to a victory on Saturday.

Catherine Brown had seven points and Callie Bennett finished with six in the victory.

Olivia Leichliter had five points and Laci Norton added four for the Rams.

Putnam had seven boards for Wyalusing and Hailey Jayne had two assists.

Leichliter had six rebounds and Brown and Bennett each had three boards.

Aislyn Williams and Courtney Weiskopff each had five points in the game for Canton and Molly Ward and Emmie Tymeson finished with four points each.

Alexis Baldwin had three points and Reagan Kelley had one point.

Against NP-Mansfield the Rams got 14 points from Bennett and Jayne.

Brown had 12 points against the Tigers and Leichliter had six points and Putnam had four points, while Layla Botts finished with two points.

Putnam had four rebounds and Leichliter had seven rebounds, while Bennett had two blocks and two rebounds.

Sarah Spohn had 11 points for NPM and Ashley Brubaker finished with six points.

Peyton Chapel had five points for the Tigers and Ella Farrer and Shaniya Sparrow had three points each.

Cheyanne Thompson and Jolyn Farrell and Saige Lehman all had two points, while Grace Farrer finished with two points.

Gracie Schoonover had eight points for the Black Knights and Amanda Horton finished with six points.

Kenadie Packard had three points and Bella Hurley, Erin Barrett and Ally Hurley all finished with two points in the game.

Barrett had six rebounds and Schoonover finished with five rebounds.

Sarah Mosher, Abbye Cavanaugh, Kiyah Boyce and Ella Posada all had two points for the Hornets.

Khalia Rivera led Notre Dame with 21 points and Shannon Maloney finished with 13 in the win.

Payton Littlefield had 17 for Edison.

Sydney Taylor had 11 points to lead the Trojans to the win.

Bailey Johnson had three points and Olivia Call and Makenna Matthews each had two points in the game.

Janna Quick and Ruby Sherman had two points each for CV and McKenzie Surine had a point.