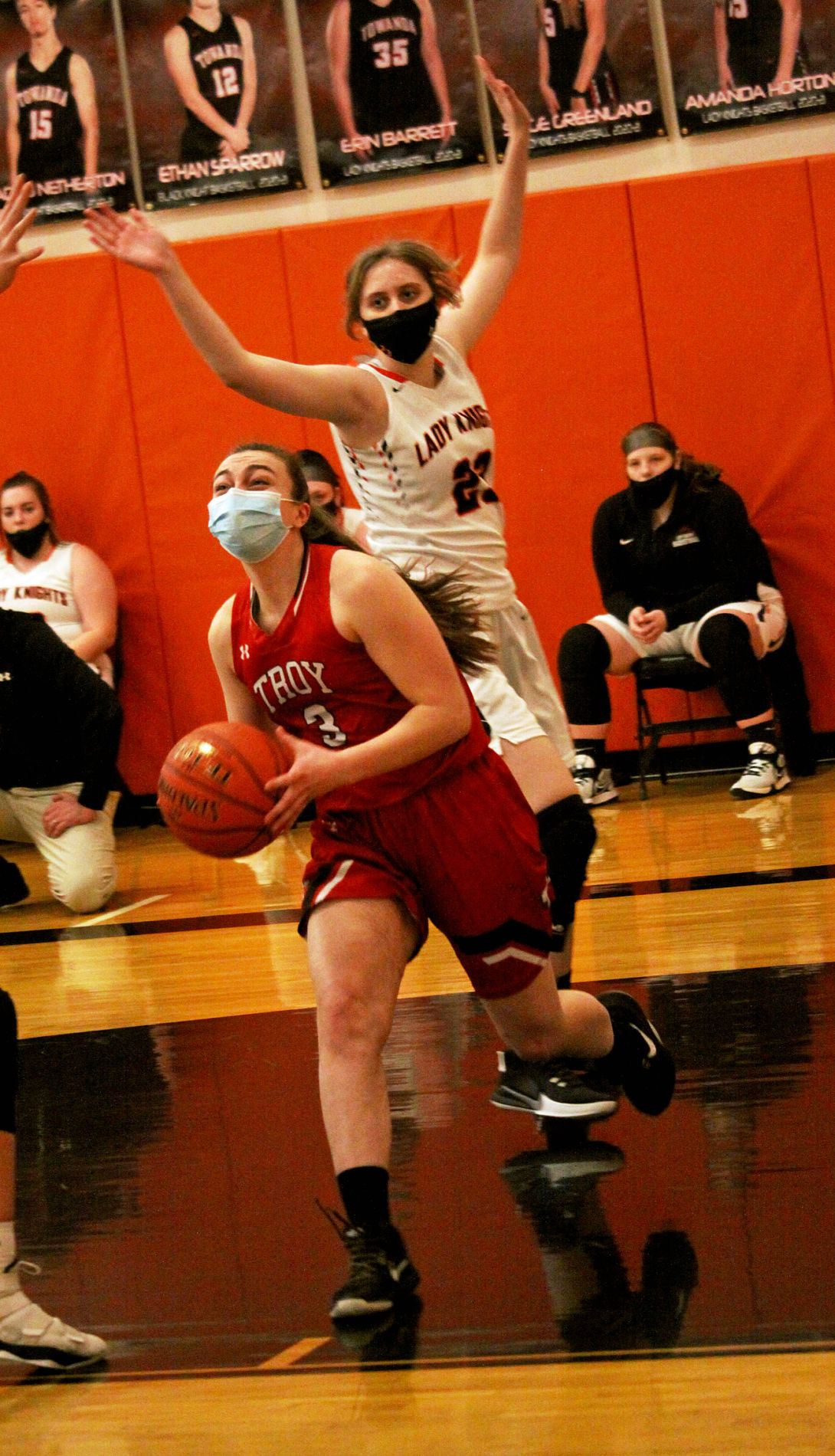 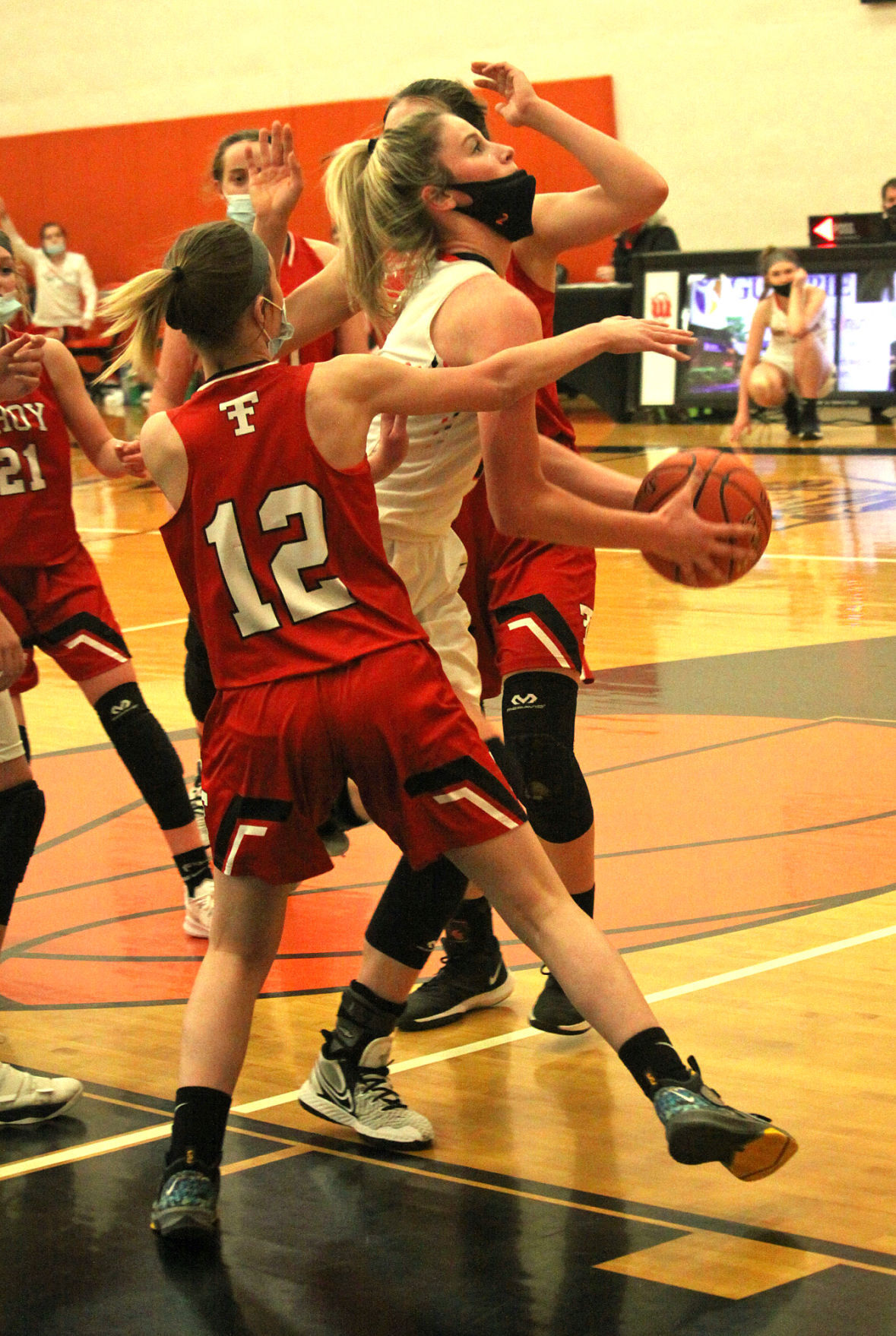 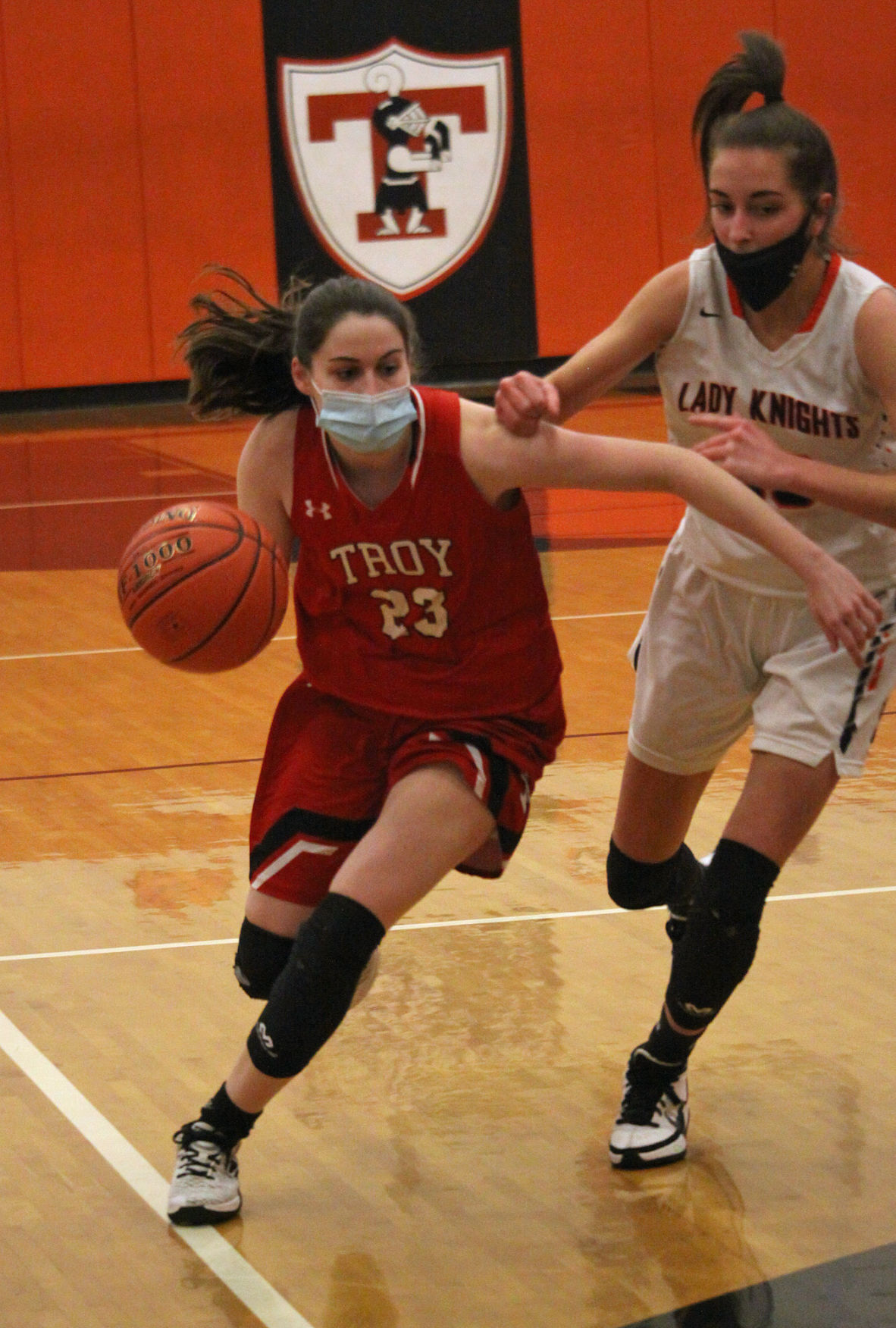 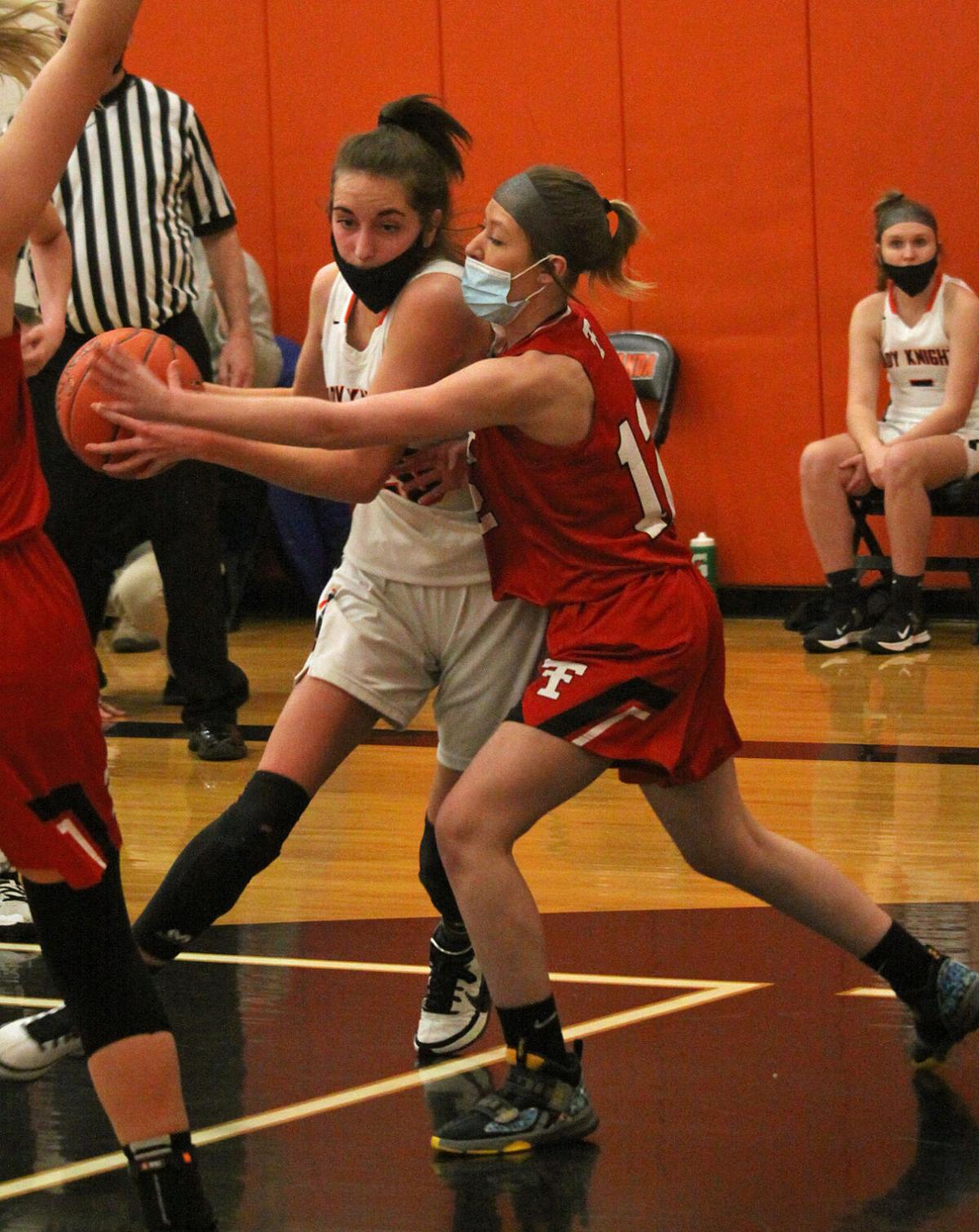 With thirty seconds left, Wellsboro’s Peyton McClure stepped to the line and knocked down two clutch foul shots to extend Wellsboro’s lead over North Penn-Mansfield to seven, effectively icing a comeback win for the Hornets in a must win game to keep their NTL Large School title hoops alive. That’s a foolish thing to think in this rivalry, one of the best the commonwealth has to offer. In a rivalry that has now seen five tying or go-ahead baskets in the final three seconds of the game in the past decade, Mansfield scored seven points in the last twenty three seconds, highlighted by an Alex Stein driving layup, a steal leading to a Karson Dominick rainmaker three and a Jacob Evans steal and layup right before the buzzer sounded and sent the game into overtime. Wellsboro got themselves off the mat though, and played an excellent overtime period to win going away, 75-66.

“We can get smacked around a bit but we don’t pout,” a relieved Wellsboro Coach Steve Adams said. “These guys showed grit and heart tonight.”

They certainly did. That late game snafu was not the only time the Hornets had to pick themselves up off the mat Monday night at the Tiger Den. Wellsboro played one of their worst halves of the year to start the game and faced their biggest deficit of the season of ten points midway through the second quarter. Mansfield surprised Wellsboro by playing a zone defense to start, despite being a predominately man defense team. So, when Wellsboro found themselves trailing just 28-22 after two frames, they felt lucky to be that close.

“We didn’t quite have the same snap that we normally have when playing a Wellsboro-Mansfield game,” Adams said. “Maybe it was the gym being so empty doing that to us.”

Wellsboro made huge adjustments at halftime though, and took their first lead since the score was 3-2 on a Connor Adams (15 points) steal, layup and foul shot to go up 33-32 with 4:05 left in the third quarter. When the dust settled, Mansfield took a slim 42-41 lead into the final stanza.

It looked for all the world that it would be a repeat of the first matchup between these teams when Wellsboro broke open a back and forth game with a devastating fourth quarter run. After Isaac Keane (15 points, six rebounds) drove baseline for an easy layup with 1:59 left, Wellsboro led 54-46 before the incredible Mansfield comeback down the stretch.

Wellsboro went back to the huddle after losing that late lead a little deflated, but they knew what they had to do, something that has caused all three of their losses this year; finish.

Finish they did. Wellsboro scored 15 points in overtime, and went 13-16 from the charity stripe in the extra period as a team that has frequently seen foul shots be their bugaboo knocked them down when it counted Monday night. Overall, Wellsboro got to the foul line

“We gutted it out,” Darryn Callahan (15 points, 16 rebounds) said. “We knew we needed to knock down our foul shots and we stepped up and did it.”

Callahan was spectacular once again on defense, holding Mansfield leading scorer Karson Dominick to just eight points, five of those coming in the last thirty eight seconds of regulation.

“I know he likes to shoot the three so I made sure I got out on him,” Callahan said.

He wasn’t the only Hornet to record a double double. Liam Manning battled foul trouble and continued his strong play this year with 18 points and 10 boards.

For North Penn-Mansfield, it’s a loss that stings.

For Wellsboro, it marks the fourteenth consecutive season of not losing the season series to their archrivals, and it makes it ten Hornet wins out of the last 12 over Mansfield. Their NTL title hopes now need some help, as first place Troy travels to Small School first place North Penn Liberty Tuesday night. A win for Troy there and they are league champions. However, if the Mounties win, it sets up an opportunity for Wellsboro to tie Troy with a win over the Trojans Thursday night at Wellsboro.