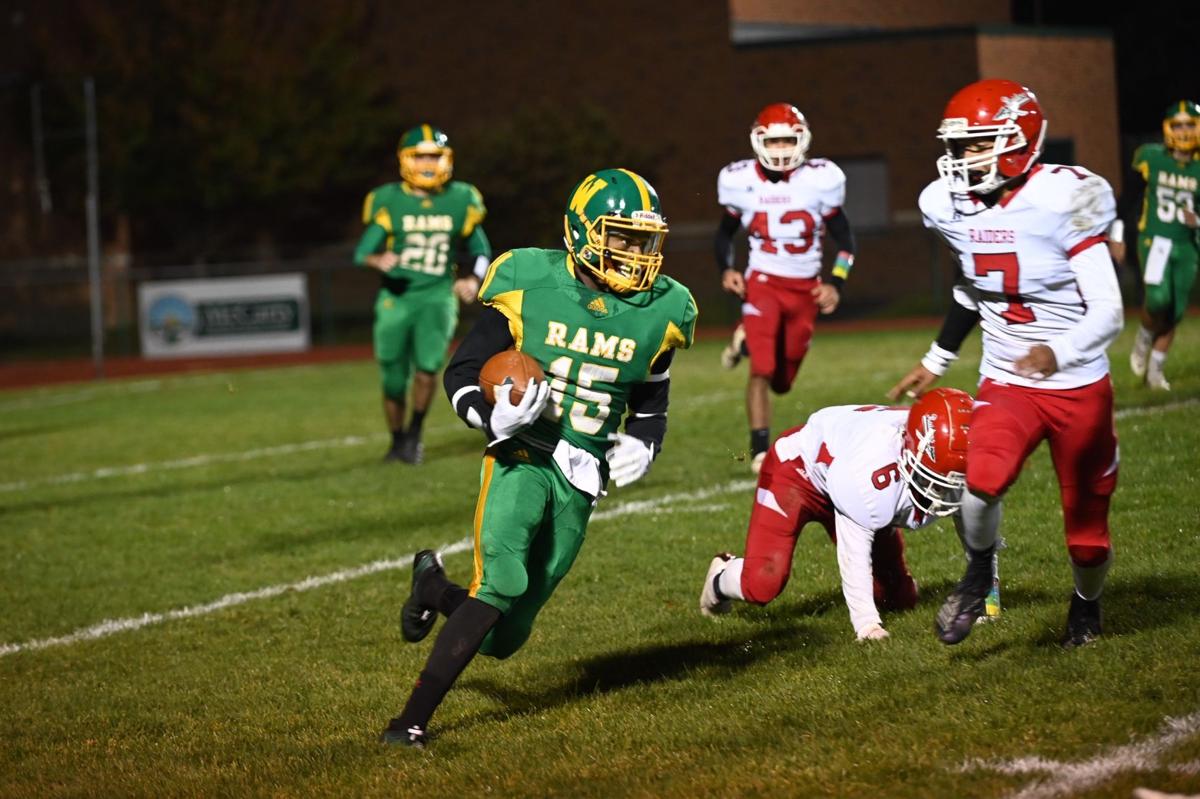 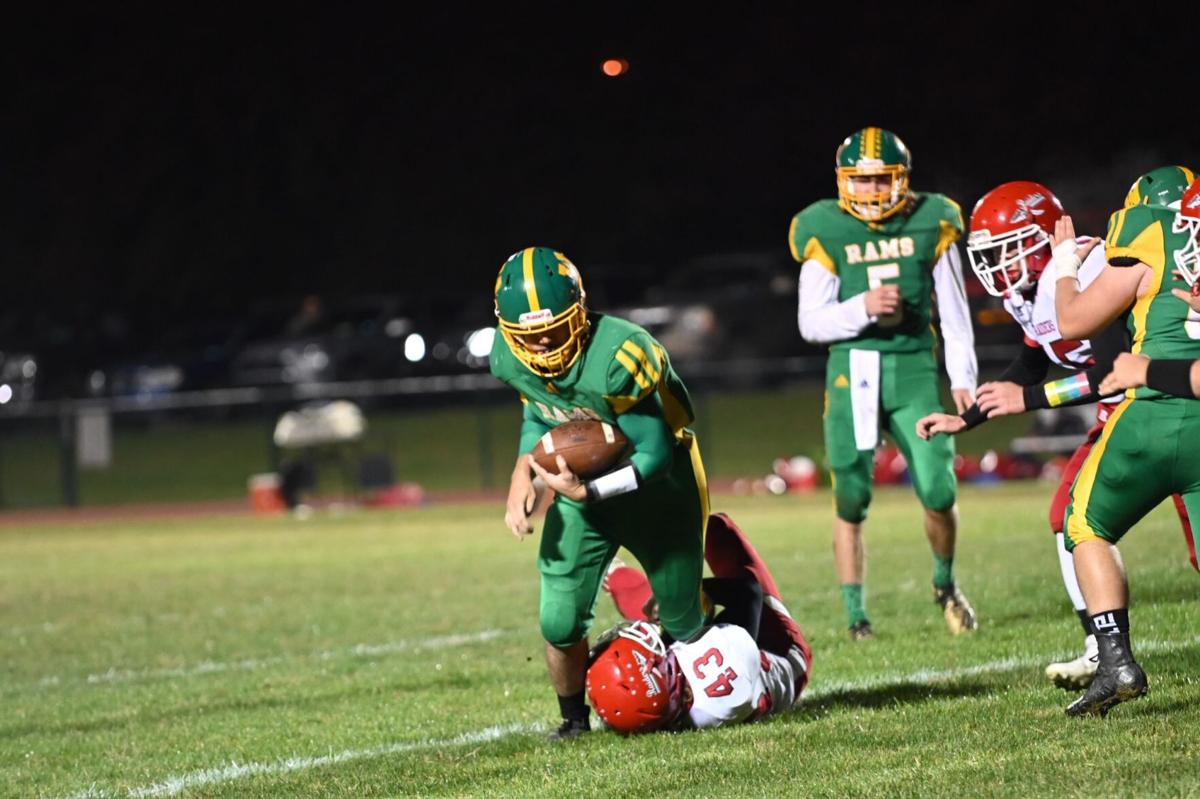 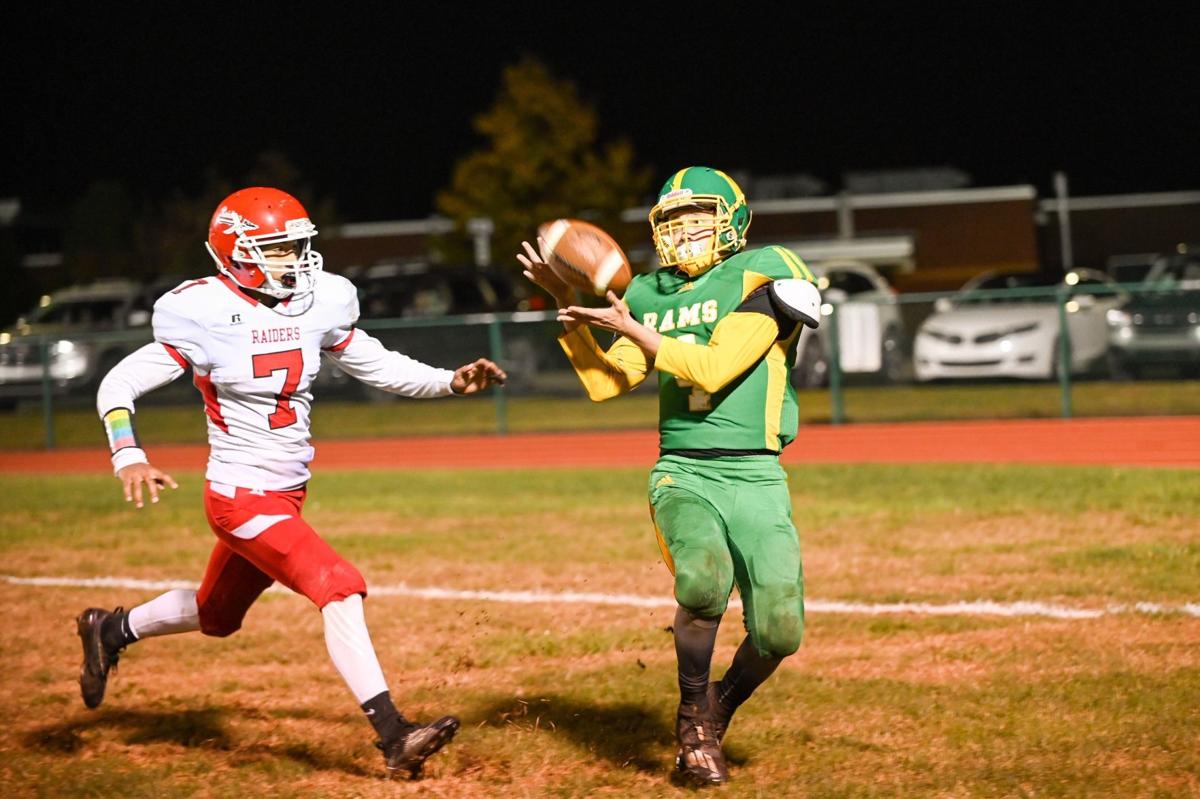 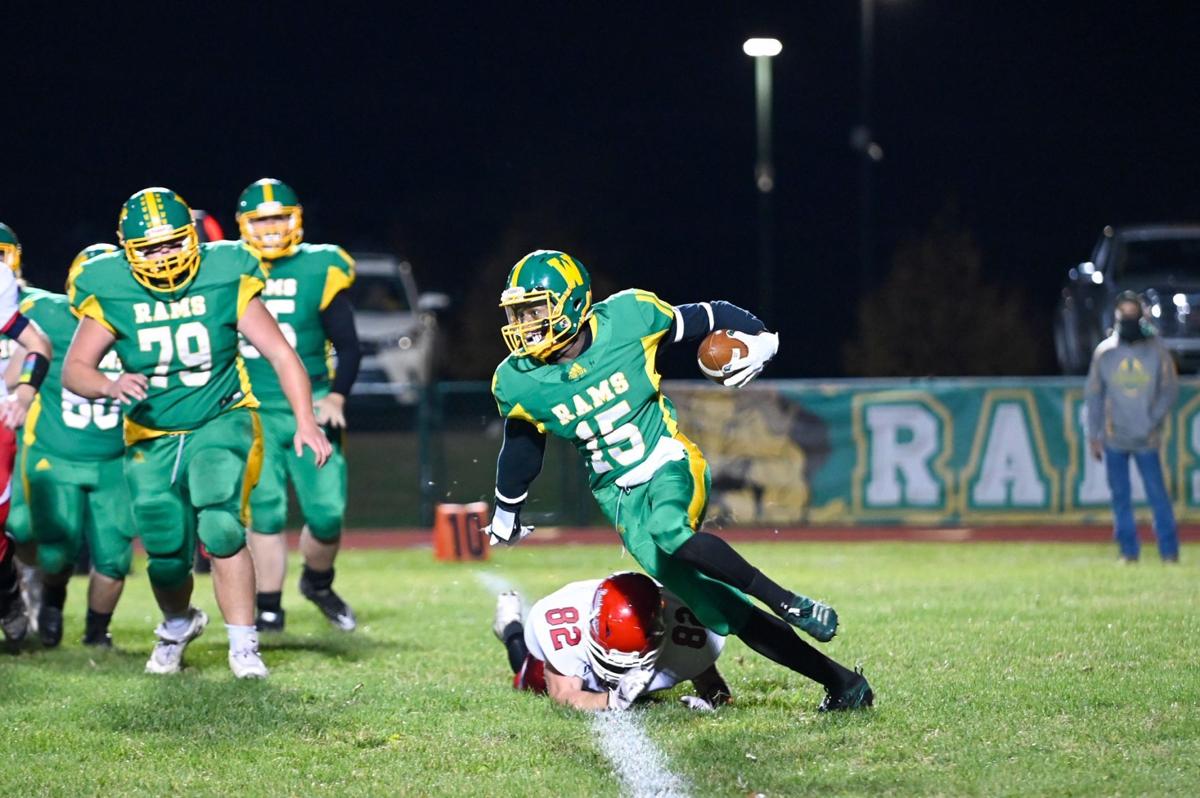 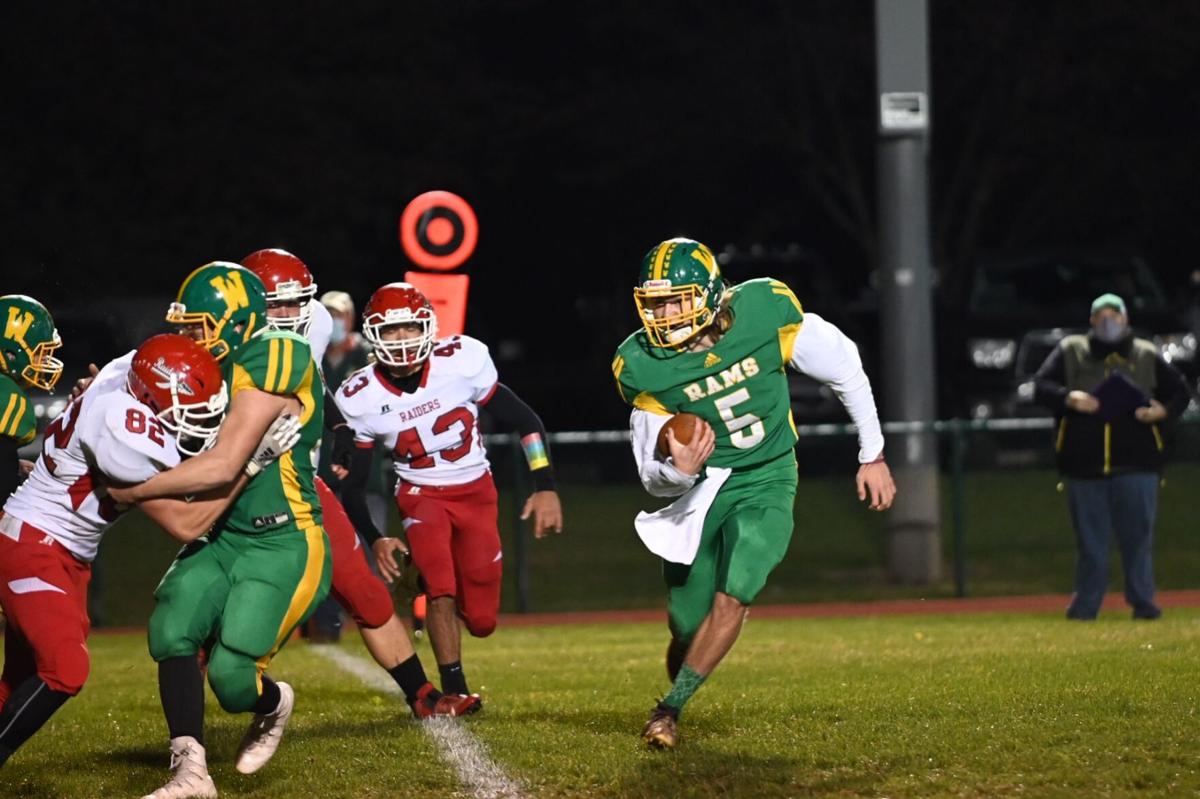 Wyalusing – The Montgomery Red Raiders ran out of the locker room into Peterson Stadium to start the game and never stopped running as they beat the Rams 43-19.

The Red Raiders received the opening kickoff and drove fifty yards, 46 of which was covered on the ground, for a touchdown.

Initially, Wyalusing kept pace with Montgomery. The Rams answered with a ten play, 47 yard drive of their own. The drive was capped with two fourth-and-goal attempts. The first was an incomplete pass attempt, but the Red Raiders were called for pass interference. Quarterback Mitchell Burke scored on a keeper on the next play. Burke rolled left, found nowhere to run, reversed course and found the endzone on the right hand side.

Montgomery responded with an 88-yard drive, highlighted with two big passes from quarterback Logan Almeida. Almeida connected with Kaide Drick for 16 yards and Ben Marino for 26. Drick added 30 yards on the ground in this drive as well, including the final scoring run. Montgomery led again, 14-7.

The Rams offense began to sputter. They lost a fumble on the next drive but a stout defense held Montgomery to three downs and a punt. Wyalusing was unable to do much with the possession and punted the ball away again.

Montgomery regained their offensive momentum and began driving. Once again, the Ram defense came to the rescue when Jeremiah Brown intercepted a pass on the Wyalusing 10 yard line.

The turnover sparked the offense and the Rams drove 90 yards in 9 plays for a touchdown. Burke found Kashawn Cameron three times for 18 yard, 6 yard and 34 yard completions. Brian Arnold rushed in from three yards out for the touchdown. The Rams missed the extra point attempt, but closed the gap to 14- 13.

Undaunted, the Red Raiders drove 60 yards for a touchdown. Drick continued to rack up the yards and teammate Colby Springman began to roll as well. Springman would rush the final 10 yard for the touchdown. Wyalusing fell further behind, 21-13.

Wyalusing looked to be closing the gap at the start of the third quarter. The offense went to a no- huddle, quick approach and Burke was finding open receivers. A penalty put them behind in down and distance and Montgomery forced a punt.

The Rams forced and recovered a fumble on the punt coverage. With renewed hope, Burke found Jacob Bruyn in the endzone for a 19 yard touchdown. The score brought Wyalusing within two, 21-19.

Montgomery fed the ball to Drick and Springman repeatedly for the rest of the game. The rushers ate up chunks of yards. Drick rushed for 115 yards in the third quarter alone. The two combined for 193 yards and two touchdowns in the second half. Montgomery ran away with the game. The Red Raiders offensive attack finished with 423 rushing yards and 171 passing yards.

In the fourth quarter, with Wyalusing keying on the run, Red Raider quarterback Logan Almeida threw over the Ram defense to teammate Maurice Walter for the final score. Montgomery built a 43-19 lead.

Wyalusing was unable to answer.

For the Rams, Burke rushed for 42 yards and a touchdown. He also passed for 154 yards and another